Since Solid Oak Sketches, LLC (“Solid Oak”) filed its first complaint against 2K Games, Inc. (“2K”) and Take-Two Interactive Software, Inc. (“Take-Two”) (collectively, the “Defendants”) on February 1, 2016, alleging copyright infringement based on tattoos depicted on a few players in a video game, many have wondered whether the suit might lead to a broader interpretation of the right of publicity, including an implied license from tattoo artists to display tattoos as part of an individual’s likeness.

In a decision handed down on March 26, 2020, Judge Swain of the U.S. District Court for the Southern District of New York answered that question in the affirmative. Indeed, in granting summary judgment to the Defendants, Judge Swain found that they had not infringed the Plaintiff’s copyright rights for three different reasons, including that the Defendants had an implied license to use the tattoos at issue.

Solid Oak sued the Defendants, who develop and publish the basketball simulation video game NBA 2K, for alleged infringement of Solid Oak’s copyright rights in the designs of five tattoos (the “Tattoos”) present on NBA players who are featured in 2013, 2015, and 2015 versions of the game. Specifically, the lawsuit involves a “Child Portrait Tattoo” a “330 and Flames Tattoo,” and a “Script with Scroll, Clouds, and Doves Tattoo” depicted on Lebron James, as well as a “Wizard Tattoo” depicted on Kenyon Martin and a “Basketball with Stars and Script” tattoo on Eric Bledsoe. The Tattoos were inked by several different tattoo artists, who sold their rights in the tattoo designs to Solid Oak owner Matthew Siegler, who then sought copyright registrations for the tattoo designs before initiating the lawsuit against 2K and Take-Two.

Use of the Tattoos was De Minimis

In an interesting execution of the de minimis analysis, which usually focuses on the amount of the copyrighted material that is copied, the court found that, although the entirety of each Tattoo is used, the use itself is essentially a de minimis portion of the NBA 2K games. Specifically, the court found it relevant that (1) the Tattoos are only included on three out of four hundred possible players in NBA 2K; (2) the Tattoos are not the focus of the game, the screen, or the action, and are in fact often difficult to see at all even if the appropriate players are chosen; and (3) when the Tattoos are visible on the screen, they are only depicted at about 4.4% – 10.96% of actual size. For these reasons, the court granted Declaratory Judgment of De Minimis Use in favor of the Defendants. The court consequently found that Solid Oak could not establish the “substantial similarity” prong of the copyright infringement analysis, and therefore its copyright infringement claim – the sole claim in the second amended complaint – failed.

Implied License to Display the Tattoos

Finally, in its fair use analysis, the court looked at the four Fair Use factors:

Specifically, the court held that the purpose and character of the use of the Tattoos was the “transformative purpose of creating a realistic game experience.” The court also found that the nature of the Tattoos was more factual than expressive, because the Tattoos consisted of depictions of preexisting images or “common tattoo motifs” such as flames, scrolls, and stars. As with the de minimis analysis, for the third factor, Judge Swain focused on the actual size of the Tattoos relative to the rest of the NBA 2K game rather than simply on the portion of the Tattoos used, and found that although the entirety of each Tattoo is used, the Tattoos as depicted are so small and are used for such a transformative purpose that the third factor did not weigh against finding fair use. Finally, and importantly to Solid Oak’s entire professed reason for filing suit, the court found no evidence of a market for licensing tattoos for use in video games or other media, and concluded that such a market was not likely to be developed. The court therefore granted Declaratory Judgment that the Defendants’ use of the Tattoos constituted a fair use.

Solid Oak was able to keep the lawsuit alive for over four years, including overcoming a motion for judgment on the pleadings in 2018. However, with the March 26 summary judgment decision, Judge Swain dismissed Solid Oak’s second amended complaint in its entirety. Although the Defendants’ Motion for Summary Judgment was granted in full, their third counterclaim seeking Declaratory Judgment of Fraud on the Copyright Office arising from alleged issues with Solid Oak’s copyright deposit material remains outstanding.

Although the copyright implications of displaying tattoos in media is far from settled by one opinion from the Southern District of New York, this ruling was strongly decisive on the matter and appears likely to be persuasive to other judges examining this issue.

Thanks to our colleague Liz Brodzinski for preparing this case write-up. 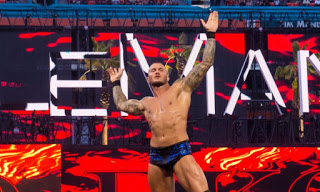