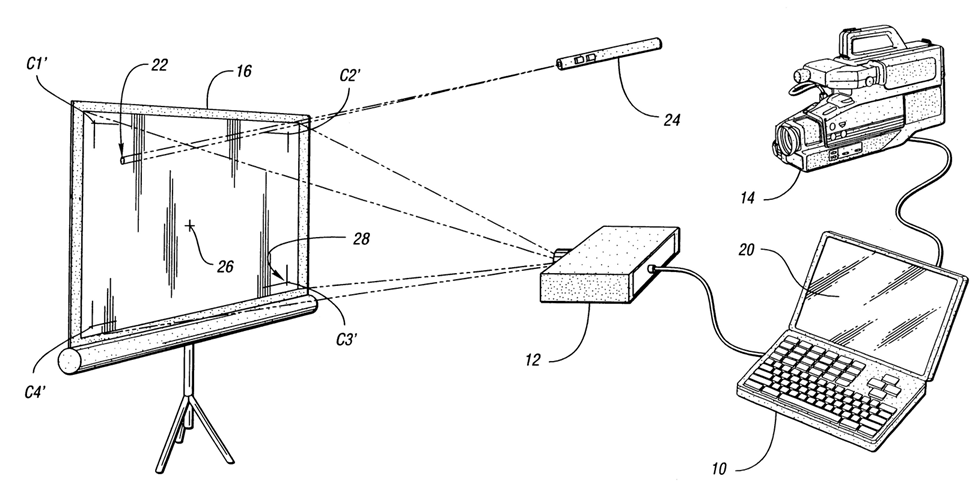 The ‘214 patent was licensed to PixArt, an additional
defendant in the complaint. The complaint alleges that PixArt made unauthorized
sales of components making use of the ‘214 patent to Nintendo of America, in
violation of the licensing agreement.
While not explicitly noted in the complaint, the accused
products make use of a Wii Remote to control an on-screen cursor. Our understanding is that the Wii
Remote works by having two infrared LEDs mounted near a television, and tracks
the orientation of the LEDs using a sensor in the Wii Remote. Given the description of systems given in the background,
and the use of a camera capturing a screen in the patent’s disclosure, a major
point in this case may be whether the Wii Remote generates an “external cursor”
as claimed.
We’ll continue to watch this case for any interesting
developments.
Our thanks to Josh Davenport for his help with this post.