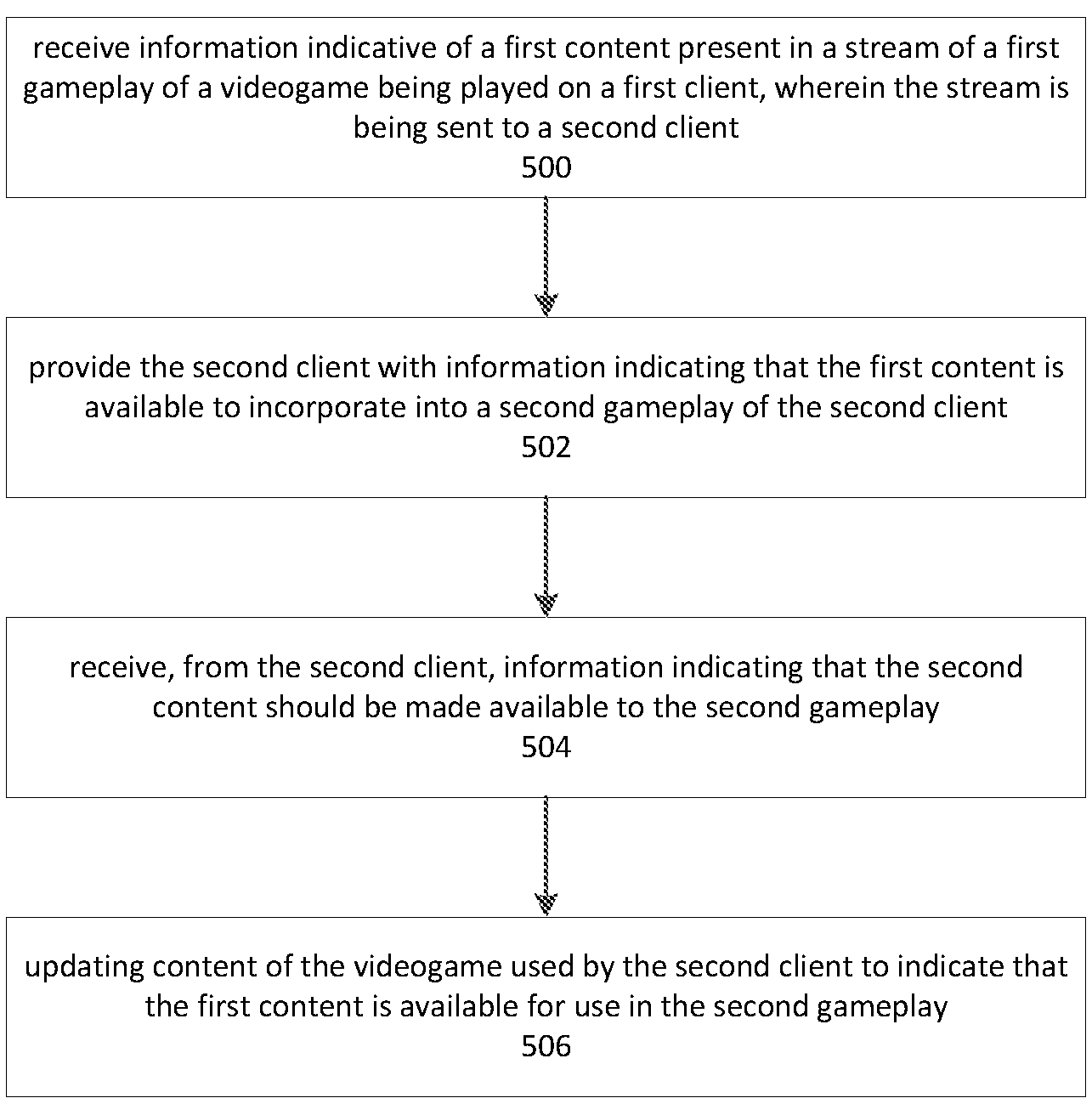 Overview:
U.S. Patent No. 10,987,595 (the ‘595 patent) relates to identifying content in a video game stream and providing indication to a viewer as to where that content is available. The ‘595 patent details a system which receives a video stream of video game gameplay, and sends that stream along with availability information of identified content to a viewer. As it receives the video stream, it identifies content of the gameplay in the stream sent to the second client device. Content is identified from a first frame of several and the system indicates that the content is included in the first frame. In response to identification, the second client device is sent information indicating the first content is available to the viewer for incorporation into their own gameplay. The indication information is received and the system updates the content accessible to the second client device to enable the viewer to use the first content in the viewers own gameplay. The ‘595 patent could facilitate viewers of video game streams discovering and acquiring game content, directly within the stream they were already watching.

A videogame services platform may include a streaming component that streams audio and video of gameplay performed on a first client device. The platform may identify content present in the stream and provide notification, to a broadcaster portal, that content present in the stream is available for purchase. An identifier of the content may be mapped to a stock keeping unit for a product containing the content. The product may be acquired using the stock keeping unit. The second client device may be updated to make the content available and authorized for use in gameplay on the second client device.