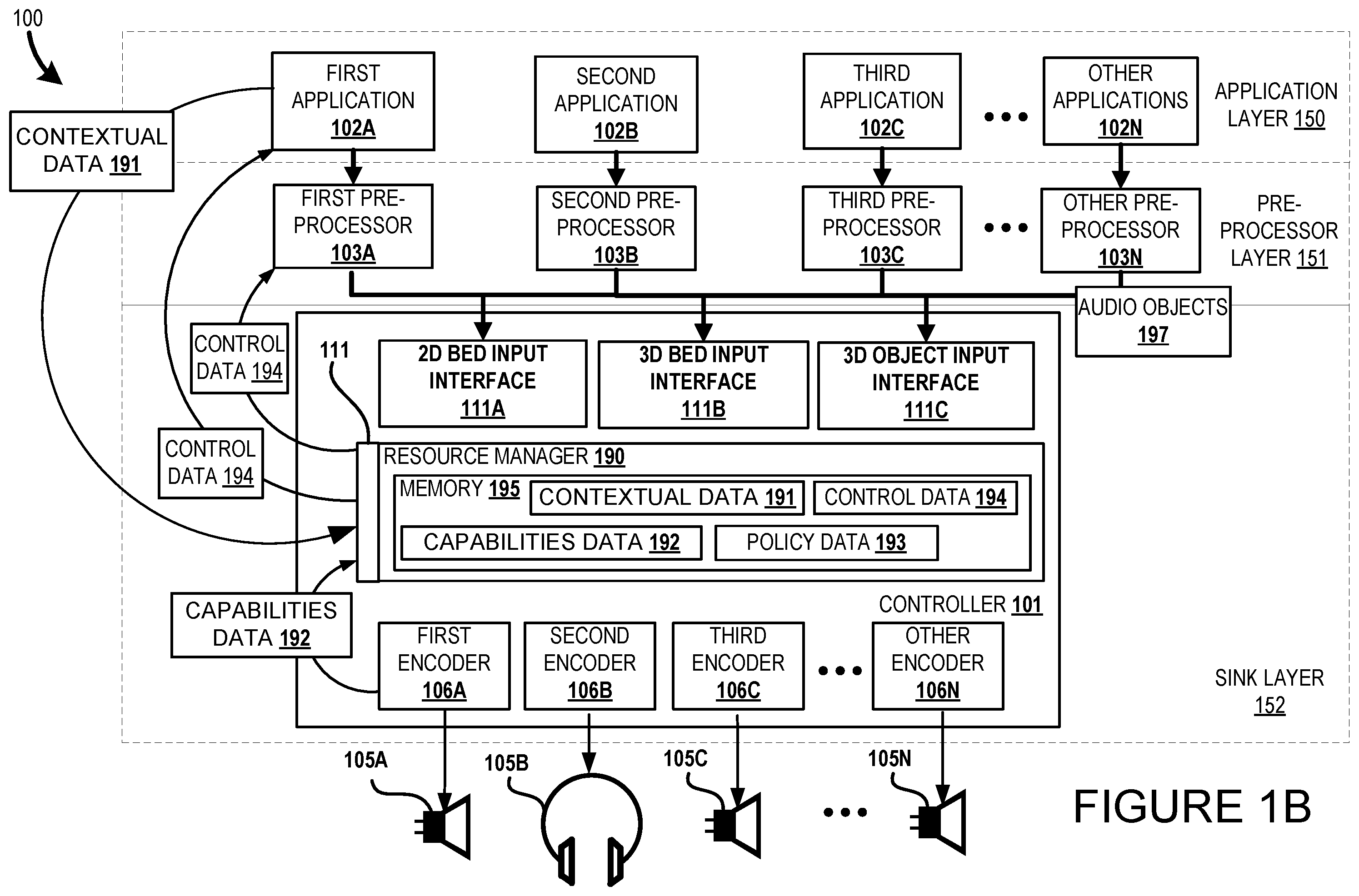 U.S. Patent No. 10,714,111 (the ‘111 patent) relates to enabling a system to select and use audio spatialization technology with an application programming interface (API). The ‘111 patent details a computing device which receives contextual data concerning how many audio objects the encoder communicating with the computing device is capable of handling, selects a spatialization technology for that number of audio objects, which causes the encoder to generate and communicate an output signal to one or more speakers. The computing device, with the ‘111 patent, potentially can handle spatial audio from several programs at once. The ‘111 patent could simplify spatial audio for video games, among other things, especially in instances where multiple applications are running spatial audio through multiple channels.