This Electronic Arts patent appears to relate to the respawn mechanic in Apex Legends. 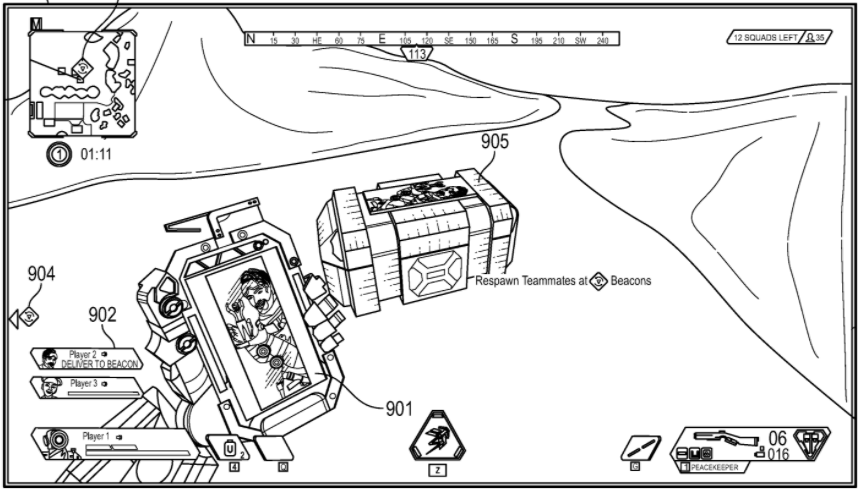 The’439 patent may be familiar as implemented in the game Apex Legends, allowing teams to continue playing together via this respawn mechanic, even after a player is defeated.