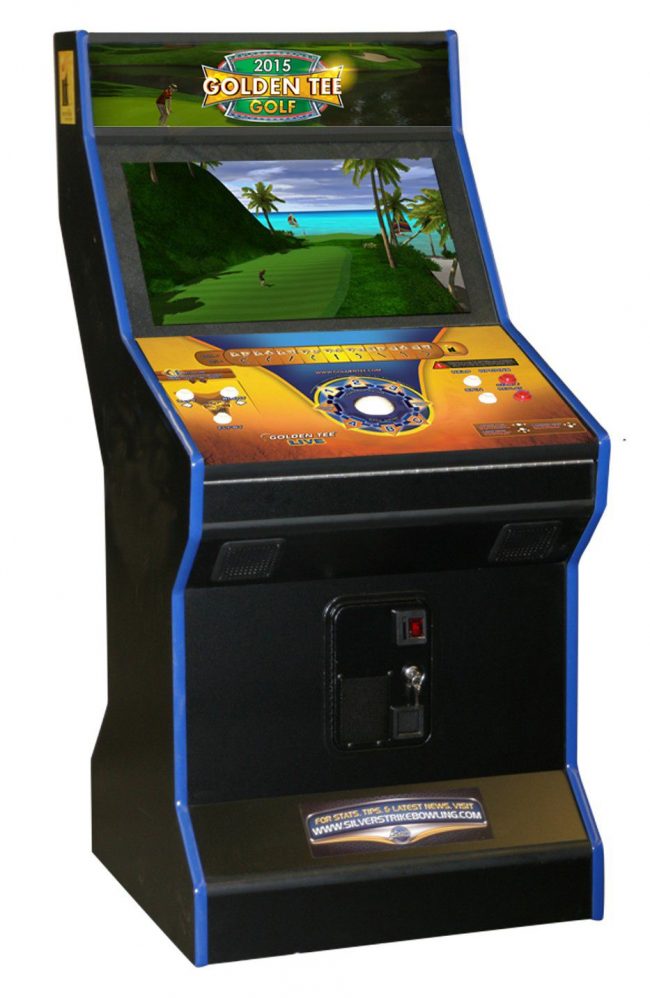 If someone familiar with Golden Tee, the ubiquitous pub golf video game, was asked to describe its unique characteristics, he or she would undoubtedly mention the giant trackball that sits in the center of the game board. This ball is rolled forwards and backwards with the palm of your hand to swing your virtual golf club and sink shots only Tiger Woods could make in real life. Golden Tee, made by Incredible Technologies, Inc., has achieved massive success based on this gameplay, and this detail has not eluded Incredible Tech’s competitors.

Due to the integral function of the trackball in Golden Tee’s gameplay, if a competitor released a golf game that also used a trackball with the same function as in Golden Tee, an ordinary observer might think the competitor’s game infringes on Incredible Tech’s rights. However, this scenario did occur and was determined not to be infringement in the lawsuit of Incredible Tech, Inc. v. Virtual Technologies, Inc. (7th Cir. 2005). This particular case is an important study of the different protections offered to video game developers under copyright law versus patent law.

After witnessing the sensation caused by Golden Tee and the profits that accompanied the game, Virtual Technologies developed a similar game that used the same entertaining controls as Golden Tee. Virtual did this specifically to make it easy for players to switch from one game to the other. Virtual Tech’s product, PGA Tour Golf, was released as an alternative bar golf game to Golden Tee, with licensed players and famous courses (Golden Tee used generic golfers and courses). Incredible Tech sued Virtual Tech in 2003 for copyright infringement, asking for a preliminary junction to stop the sales of PGA Tour Golf.

In determining copyright infringement, a court must decide “whether the accused work is so similar to the plaintiff’s work that an ordinary reasonable person would conclude that the defendant unlawfully appropriated the plaintiff’s protectable expression by taking material of substance and value.” The 7th Circuit court initially decided to check whether Incredible Tech’s argument included copyright claims that are legally protectable.

Because Golden Tee and PGA Tour Golf are both golf games, it was unavoidable that a majority of the game content would be exactly the same or at least very similar, i.e., golf! Each game must include a golfer trying to hit a golf ball into a hole on a golf course for the game to be a golf game. In the legal world, the scènes à faire doctrine holds “incidents, characters, or settings which are as a practical matter indispensable, or at least standard, in the treatment of a given topic” as not protectable content under copyright law. Therefore, the content of PGA Tour Golf does not infringe on Golden Tee, unless there is near exact copying of the specific artwork used.

As the creative owner of a work, such as a video game, it is never safe to assume your complete work is protected by copyright. Although copyrights are automatic—copyrights exist as soon as you fix your original work in a tangible medium of expression—the extent of protection afforded to you may vary, depending on the nature of the copyrighted work. What Incredible Tech thought was protected by copyright was determined by the 7th Circuit to be ineligible for copyright protection—only patent law would suffice. Incredible Tech failed to realize that the idea behind its trackball Golden Tee game was not protected under copyright law, because only the expression of ideas are eligible for copyright protection. Had Incredible Tech patented the functional process of using a trackball to swing a virtual club in a golf video game, it might have been able to defend their product in litigation. This case serves as an invaluable lesson for copyright owners in computer software and shows the power of patent laws compared to copyright laws for protecting software functionality.

Thanks to Mike Harkness for his assistance in the preparation of this post.