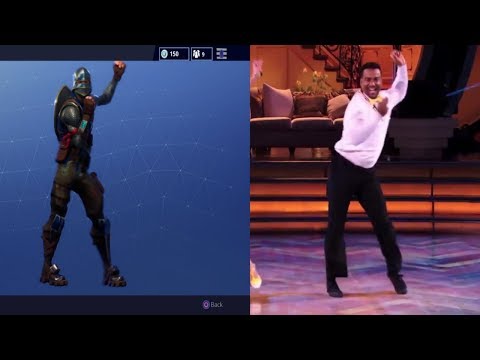 Lawsuits filed against Epic and Take-Two over dance emotes

On December 5th, rapper 2 Milly, aka Terrence Ferguson, filed a lawsuit in the Central District of California against Epic Games claiming the video game company stole his dance. 2 Milly created a music video which features a dance called the “Milly Rock” back in 2014. According to the Complaint, Epic’s “Swipe It” dance emote in Fortnite is copyright infringement of the Milly Rock and violates 2 Milly’s right of publicity. Then on December 17, 2018, actor Alfonso Ribeiro and Russell Horning, a.k.a. Backpack Kid, filed their own lawsuits against Take-Two Interactive and Epic Games claiming the companies had infringed upon their dances as well. 2 Milly also filed a lawsuit against Take-Two Interactive on December 17. The claims against Take-Two relate to NBA 2k’s use of dance emotes.

2 Milly is a rapper who created the “Milly Rock,” which was featured in a music video titled Milly Rock x 2 Milly. According to the complaint, celebrities such as Rihanna have performed the Milly Rock. Alfonso Ribeiro was the actor who portrayed Carlton Banks on The Fresh Prince of Bel-Air. During the episode titled Will’s Christmas Show, Carlton dances to Tom Jones’s It’s Not Unusual. A video clip featuring the “Carlton Dance” eventually made its way to YouTube where it became very popular. Ribeiro would be on Dancing with the Stars where he performed the “Carlton Dance” in a routine. Backpack Kid is a 16-year-old teenager who created the “Floss Dance.” “Flossing” took off after Backpack Kid performed on stage with Katy Perry on Saturday Night Live. The complaints allege Epic and Take-Two created dance emotes featuring the three dances. A dance emote is an in-game celebration which can be purchased using real-world currency.

In addition to copyright infringement, all of the plaintiffs claim the video game companies violated their rights of publicity. A right of publicity claim concerns the unauthorized use of a person’s identity or likeness to the advantage of the defendant. Identity or likeness includes not only a person’s image or name but can also include a person’s voice. For a voice misappropriation, the plaintiff needs to have a “distinctive voice which is widely known and deliberately used to sell a product.” See Midler v. Ford Motor Co., 849 F.2d 460, 463 (9th Cir. 1988). It will be interesting to see if the court extends the right of publicity to movement. Extending right of publicity claims to dance moves may be a slippery slope though because it could afford broad protection to simple movements.

If a court is willing to extend the right of publicity to movement, then one option would be to apply a standard similar to misappropriated voices. If that happens, the standard might be a distinctive movement which is widely known and deliberately used to sell a product. All the dances in the lawsuits have distinctive characteristics that would be easily recognizable. It is also likely that the defendants are replicating these specific dances because they are popular. The question is then how well known each plaintiff is for their unique dances. Stated differently, is each dance move associated with its respective plaintiff such that the consuming public associates the two together? Ribeiro has performed his dance on television shows like Fresh Prince and Dancing with the Stars, while clips and gifs of his dance have been shared countless times. Backpack Kid’s floss dance has been performed on stage with Katy Perry on Saturday Night Live and he is really only known for doing the floss dance. 2 Milly’s original music video has over 18 million views, but probably has not reached the same level of mainstream recognition as the other two plaintiffs. The degree of recognition will need to be addressed by the courts for the plaintiffs to win.

However, extending protection to simple dance moves through the right of publicity raises interesting legal questions about the scope of protection. Specifically, if every dance move were associated with a particular person, then eventually ALL dance moves might be protected, and no one could dance without infringing someone’s rights. While perhaps a far-fetched result, it’s nonetheless possible. As such, a court might choose to apply the merger doctrine to dance moves as a protected feature of one’s right of publicity, holding that no individual dance moves are protectable through a right of publicity claim based on their more limited number.

Despite the interesting legal questions, there’s a good chance these cases will settle. The public perception that video game companies are “stealing” dances may push the companies to settle even if a court would likely rule in the game publishers’ favor. However, the fact that there are more of these cases now might make the defendants more likely to fight them, because if they settle one, then they’re establishing business precedent for paying for dance moves, which they might like to avoid.  If the cases do move forward, it will be interesting to see if the courts decide to combine the cases, or addressed them individually, as Ribeiro and 2 Milly are represented by the same law firm. We will continue to monitor these cases and present updates when available.