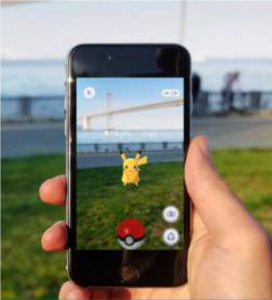 Blackbird alleged that the ’127 patent, which has a priority filing date of April 2011, claims improvements in the video game field that made augmented reality more practical to execute.

Niantic sought to dismiss the suit in the wake of the U.S. Supreme Court’s Alice Corp. Pty Ltd. v. CLS Bank Int’l, 134 S. Ct. 2347 (2014), decision. Niantic argued that the ’127 patent was invalid as patent ineligible subject matter under Alice and should be dismissed at the pleading stage. The Delaware court disagreed—leaving Blackbird’s ’127 patent intact (for the time being) and leaving Niantic to defend the suit or consider settlement.

Two-Part Test under Alice
In Alice, the Court laid out a two-part test to determine whether inventions are directed to patent ineligible subject matter under 35 U.S.C. § 101. First, the court must determine whether the claims at issue are directed to abstract ideas. Second, if the claims are directed to abstract ideas, the court then considers the elements of each claim both individually and as an ordered combination, to determine whether the additional elements transform the nature of the claim into a patent-eligible application—i.e., a search for an “inventive concept.” The Alice Court stated that in applying the § 101 exception, courts must distinguish between patents that claim the “building blocks” of human ingenuity versus those that integrate the building blocks into something more, thereby transforming them into a patent-eligible invention.

Mapping Limitation Saves Blackbird’s ’127 Patent
The Blackbird court held that because the ’127 patent claims are not directed to ineligible subject matter under Alice step one, they need not even reach Alice step two. See Blackbird, slip op. at 8. The Blackbird court followed a framework similar to that which the Court of Appeals for the Federal Circuit followed in McRO, Inc. v. Bandai Namco Games Am. Inc., 837 F.3d 1299, 1313 (Fed. Cir. 2016). Courts must be wary of describing the claims at such a high level of abstraction and “untethered from the language of the claims” lest the exceptions to § 101 swallow the rule. See e.g., McRO, 837 F.3d at 1313. Similarly, the Blackbird court concluded Niantic oversimplified the claims of the ’127 patent to an inappropriate level of abstraction. Representative claim 1 of the ’127 patent is reproduced below:

saving at least said second position indicator to a memory; and

The ’127 patent allegedly solves the problem in the industry of being confined to a “predetermined and merely virtual location” in a video game by “incorporating a user’s physical location as part of the game environment.” And solves it with specific ways of first taking camera images of the user’s physical location (i.e., a real physical space) and then mapping those images as a video into the virtual game environment. The Blackbird court concluded that the ’127 patent claims, like the claims directed to lip-sync technology in McRO, are “directed to the creation of something physical”—the display of camera images depicting the user’s location overlaid with the virtual images from the video game “for viewing by human eyes.” The claimed improvement is to how the physical display operated, that is, to “produce better quality images” by simultaneously displaying real and virtual objects, creating a more interactive video game environment. See Blackbird, slip op. at 7-8. Moreover, the Blackbird court found persuasive that the ’127 patent claims include “specific instructions on how the mapping is done,” and were not merely result-focused. See Blackbird, slip op. at 7 (citing to Electric Power Group, LLC v. Alstom S.A., 830 F.3d 1350 (Fed. Cir. 2016)).