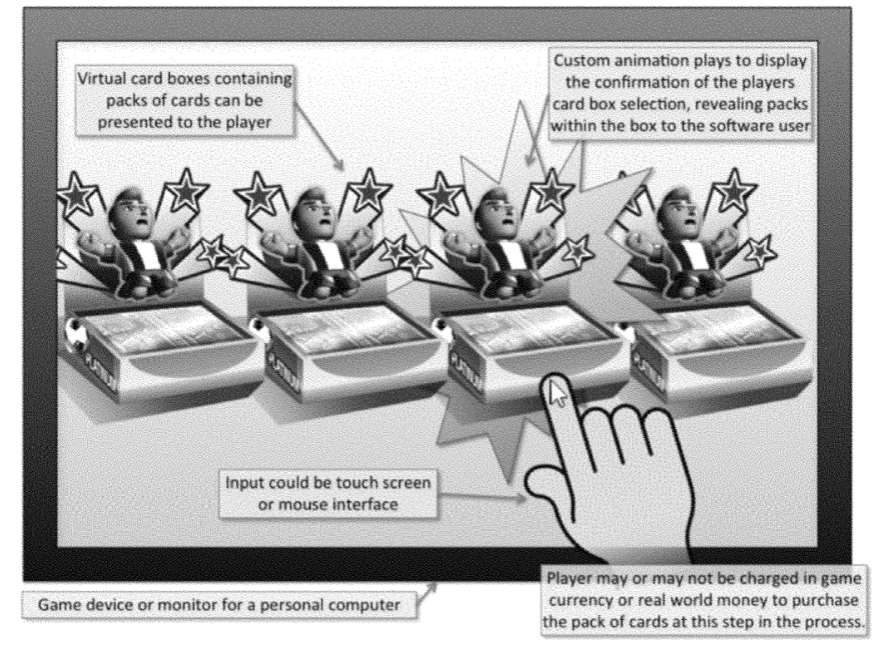 U.S. Patent No. 10,761,699 (the ‘699 patent) relates to digitally opening packs of cards. The ‘699 patent details a system which transmits a visual representation of a card pack to a client device of a user, receives a touch-based input from the user on the pack which indicates opening of the pack, transmits signals for haptic feedback correlating to the opening, and generates a display of the cards. The opening in the ‘699 patent includes an animation of tearing the package to expose the cards and then displaying them in the interface. The goal here is likely to make opening digital card packs more satisfying for a user.  However, despite this case being granted in a post-Alice era, there may be some lingering questions regarding the claimed subject matter.