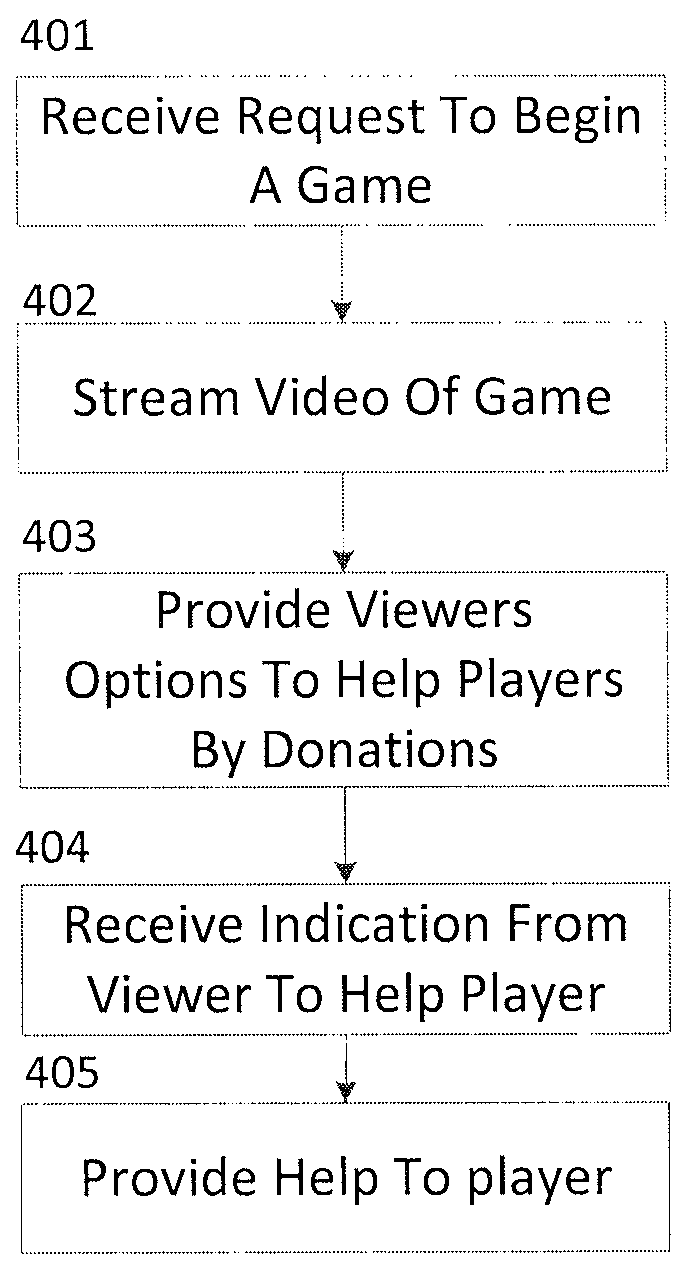 The game mechanics that can be altered in the ‘466 patent include: difficulty, map size, and game character attributes like movement speed or damage-per-second. It could be required that a viewer of stream has to pay to input game modifications, and the modification could vary based on the amount of money contributed. The amount of time that the modification lasts could also depend on amount of money contributed. The ‘466 patent could allow viewers of video game streams more interaction with the stream they are watching and encourage more donations from viewers by making donations more rewarding to donors.