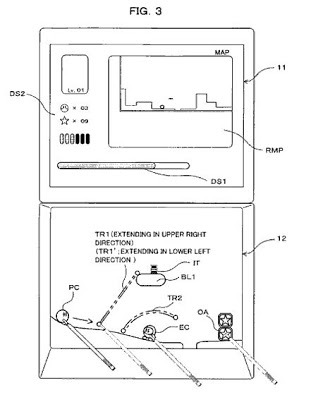 
The ‘813 patent describes a handheld game whereby the player controls his character by drawing a line on the touch pad. The character can move either on the line or parallel to the line, but nowhere else. The invention can also store paths which the user can select to aid his character’s movement throughout the game.