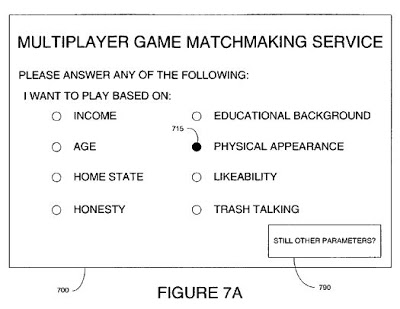 The ‘955 patent describes a method for accumulating data in order to successively match users during online gaming. One way players are matched together is based upon their style of play. The system attempts to match players who are looking for similar game styles, have similar skill levels, and have similar reputations. The invention uses measurements for several different characteristics before it matches up players, including: aggressiveness, playing likeability, and trash talking. After analyzing the several factors, the system matches players based upon its determination of whether the first player is a good match for the second player.