U.S. Patent No. 7,613,616: Training a user to execute a sequence of commands in a game environment by using voice control 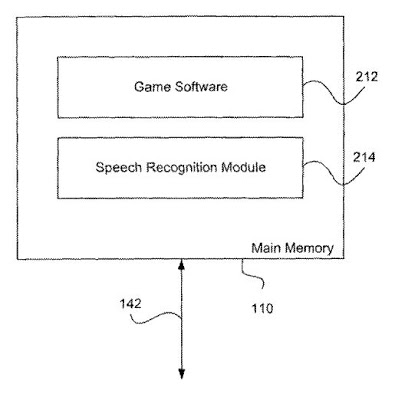 Put away your joysticks! The ‘616 patent describes a new way to control your character—with your voice. In this invention, the user controls his character’s actions using speech commands. There are two modes described within the invention, a learning mode and a non-learning mode. During the learning mode there are three stages shown in order to control a character. During the first stage the player is presented with a list of characters he can control. Once the player says one of the character names, the second stage is activated. In the second stage the player has to select an available action from the list of available actions. After selecting an action, the third stage is activated which includes more specific commands for the user to speak. If the player selects a correct command, a notification appears and the character performs the chosen action. The other mode, the non-learning mode, differs from the first in that no menu appears for the player to select from. Instead, the player is expected to have the speech commands memorized and to have the ability to seamlessly command his character without the help menus present in the other mode.