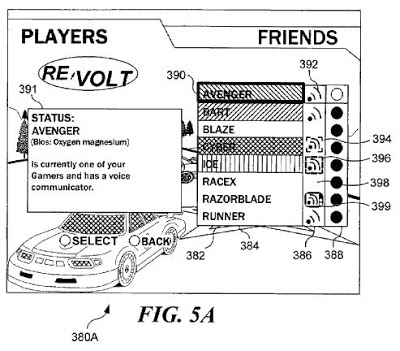 The ‘006 patent provides a method for visually indicating a voice speaker during an online game. The method provides for indication symbols to be visible whenever two players meet during the game. Thus, whenever two players approach each other in the game a text or a symbol will be located above them notifying the other player whether or not the other person is capable of voice communication. One benefit of this invention is that a player has the ability to identify the speaker and subsequently privately communicate or even block the other user if he so desires.