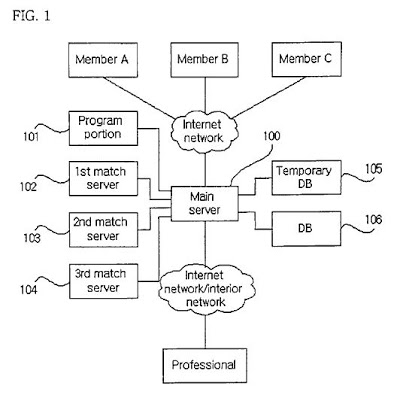 The ‘513 patent provides a method for allowing players to connect online to play a chess game. The players can meet other challengers on a website where the network matches them up based on their match records. The goal is to match up players with like skill and ability so that the games can be enjoyable and challenging. The invention also calls for a system where the player can play a computer-controlled player with the feeling of playing a skilled human opponent. In this mode the computer is programmed to make moves based on the likelihood of the moves by the most gifted human players. The computer records the movements made by the highest-ranked players during their matches and mimic these moves to create a harder opponent for the human player who wishes to play the computer rather than another human being.