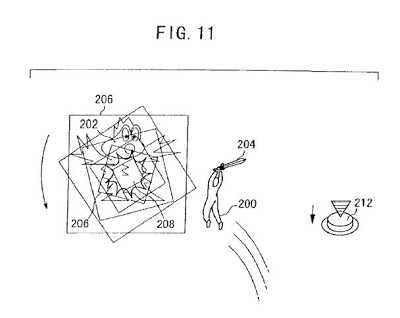 The ‘149 patent describes a method used in video games where the main character can easily identify and target enemy characters. The invention calls for a rectangular navigation mark which is displayed over a designated monster on the screen. Whenever the main character approaches the enemy, the navigation mark signals that the player is close and begins emitting a light which draws the player’s attention to it. This invention should make the game easier by assisting the player in finding enemies to battle. Once the player has located the enemy he can then target the enemy and press buttons which will correspondingly produce an attack on the enemy.