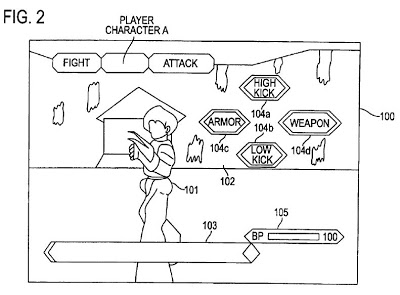 The ‘537 patent allows a player to advance a game by controlling his character through a key input according to the player’s intentions. Whenever the player selects at least one command, the character acts within its designed permissible range. The permissible range of actions expands as the character increases. The patent also provides for the implication of two or more commands combined into a special command, when the combination of the tow commands meets a predefined requirement.