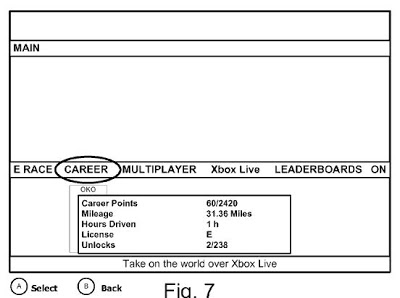 The ‘813 patent provides for the use of a single-name for people who wish to play online games. In Microsoft’s case, this invention applies to what we know as Gamertags, which are personalized names picked by a user whenever he registers for Xbox Live. This gamertag becomes the player’s own personal identification name, and allows other players to recognize him whenever he is online. The invention allows a player’s information to be stored under the gamertag, including all accomplishments, stats, and awards achieved during a game. The player also has the ability to have his accomplishments (such as unlocking an achievement while playing an Xbox game) tracked when he is offline. Whenever a player logs back onto Xbox Live, the accomplishments achieved when offline are uploaded to the player’s account and can be viewed and tracked by his online friends.