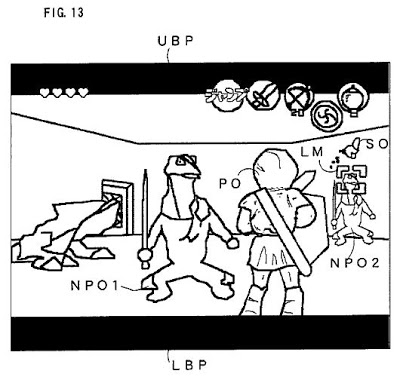 The ‘706 patent describes an image data generator which allows a player, while playing a three-dimensional game, to focus his character’s attention on non-player controlled objects with the push of a button. Whenever the button is pressed, the camera angle of the game changes to reflect the character’s new focused attention on the non-player object.