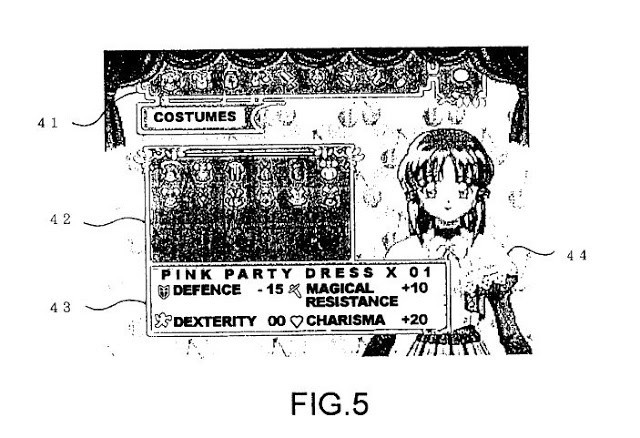 1. A software product comprising: an image display program to be executed by a processing unit in cooperation with a display device for displaying an appearance image of a character; reference character image data representative of a reference state image of said character free from any item; and item image data representative of images of items to be equipped by said character, said image display program comprising the processes of: selecting said at least one item from the item image data; creating a new image data, by said processing unit, based on said reference character image data and at least one item image data selected; and displaying created image data as said appearance image on said image display device, wherein: said character has a set of numeral values each of which depends on a specific attribute of said character; said item has correctional values for modifying the numeral value set; the software product comprises a video game program to be executed by the processing unit; actions of the character in the video game are commanded by an input device cooperating with said processing unit; a player of the video game is aimed to meet the condition representing the end of the game to play said video game program; and said correctional values depend on the number of times that said condition is met.