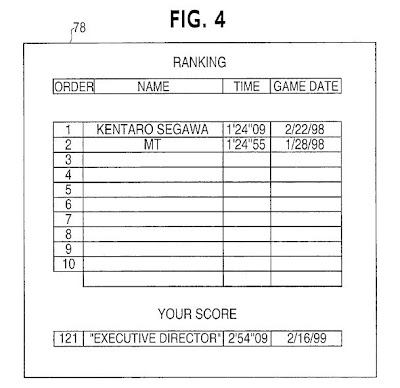 The ‘173 patent describes a game where the player’s scores are calculated so as to be equally fair to beginning and experienced players. The most recent score of the player is always kept, but it replaces any score that falls outside of a prestige ranking the player has. Thus, the invention rewards a player for performing well in the current game while not punishing him for his inexperience. We have all had the problem where we are terrible until we get our feet under us during these games. This system should help because our current accomplishments can all but erase our poor starts. As beginners advance and gain more skill this invention should help them move up in the rankings and eventually gain enough skill to compete with the more advanced players.