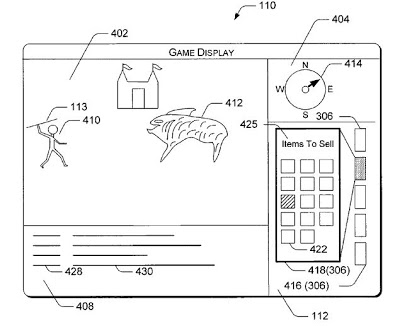 The ‘116 patent provides an inventory management system to manage the display of inventory items during a computer game. In many games, a player’s inventory is vital to his success or failure in a game. The method described here allows a player to have a limited number of items he has collected to be displayed and be easily accessible. The method also allows the player to categorize his inventory as he wants. The player also has the ability to use pre-set inventory categorizations (by the developer) if he would rather use those.