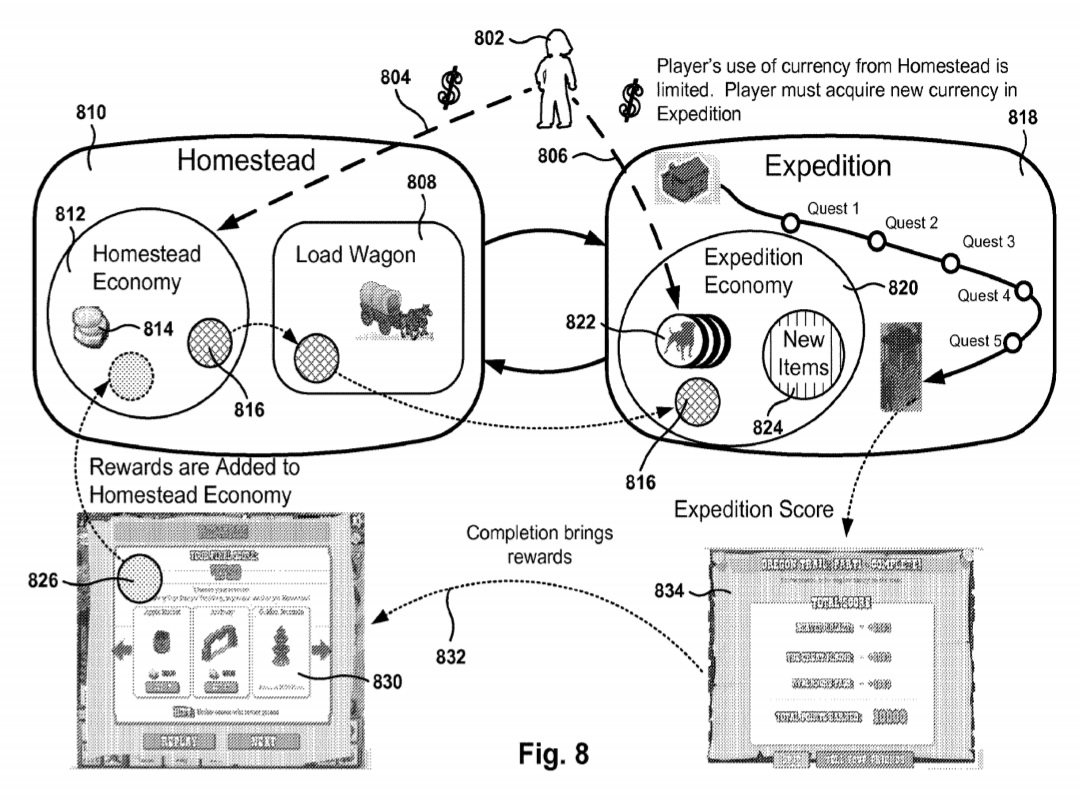 Summary:
U.S. Patent No. 10,482,486 (the ’486 Patent) relates to games with detached economies and separate currencies that may have limited interaction between them with one game serving as an extension for the other. The ’486 Patent details a method of one game’s currency being able to be used on a limited basis to gain some advancement in a second, extension game with a separate currency. Some currency or other items from the extension game may be able to be used to gain some advancement in the first game. For example, in Zynga’s FrontierVille, players may use their currency from their homestead to purchase a limited quantity and variety of in-game items in Zynga’s Pioneer Trail (which is an extension of FrontierVille and uses a different currency) to prepare their wagon in Pioneer Trail for an expedition. The player may receive rewards from their expedition in Pioneer Trail that can be transferred to their homestead in FrontierVille. 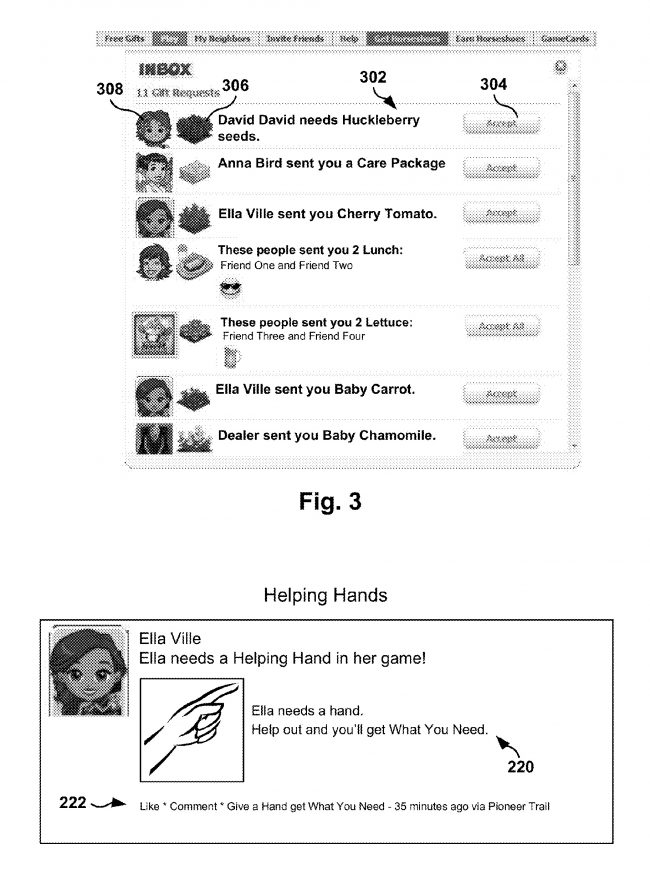 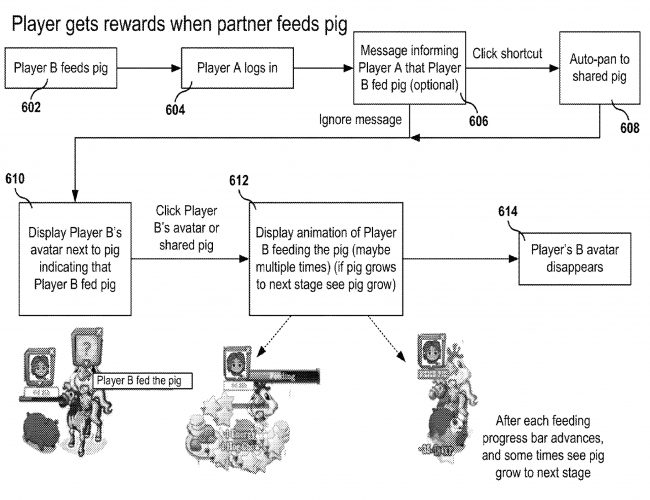 Summary:
U.S. Patent No. 9,630,115 (the ‘115 Patent) relates to cooperation between players in a video game. The game system allows for the placement of an in-game object in one player’s game board and the same object is also placed on the second player’s board. Both players are able to accumulate progress in the game through interacting with the item. When one player finishes the progress bar then both players are rewarded for this achievement. This interactivity between users is critical for games such as MMO (massively multiplayer online) games. A system which encourages user interactions between players and also fosters communication can further increase player engagement with a game. Similarly, improving the reward mechanism of this system also furthers the engagement goal.