ZeniMax is the apparent victor in lawsuits relating to trade secrets in virtual reality technology against Oculus VR and Facebook. ZeniMax won the suit against Oculus and Palmer Luckey in U.S. District Court in Texas, later settling privately for an amount likely in the millions of dollars.

ZeniMax Media and Oculus VR’s trade secret disputes originated from interactions between the two in 2012. Around that time, ZeniMax was developing a prototype virtual reality headset that had numerous improvements over current VR technology of the time. For example, ZeniMax’s prototypes lowered the latency between a user moving their head and the VR display updating. Around the same time, Oculus VR (and Palmer Luckey, its founder) were working on their Rift headset. John Carmack, a ZeniMax employee, obtained a prototype of the Rift headset and combined it with ZeniMax’s technology, finding that the combination was particularly powerful. ZeniMax entered into a partnership with Palmer Luckey.  As part of that partnership, Luckey signed a non-disclosure agreement providing that “all Proprietary Information” that ZeniMax provided to Luckey would remain the exclusive property of ZeniMax.

ZeniMax sued Oculus on May 21, 2014 in the Northern District of Texas, alleging that Luckey misappropriated ZeniMax’s trade secrets. The initial suit resulted in a jury award of substantial damages to ZeniMax, but Oculus was not found guilty of trade secret misappropriation. Oculus was ordered to pay $200 million for violating the non-disclosure agreement, and $50 million for copyright infringement. Separately, Oculus and Palmer Luckey were each required to pay ZeniMax $50 million, and Oculus’ CEO Brendan Iribe was ordered to pay ZeniMax $150 million under a false designation of origin claim for misrepresenting the origin of the Oculus Rift headset. In post-trial proceedings for judgement as a matter of law, the court ruled there was insufficient evidence to prove damages. The damages were then reduced to $250 million, and the individual damages associated with Iribe and Luckey were eliminated entirely.

An appeal was filed shortly thereafter by Oculus in the U.S. Court of Appeals for the Fifth Circuit, but was later dropped a few months later. The case settled privately in December 2018 for an undisclosed amount. While the terms of the settlement were undisclosed, ZeniMax was quoted as being, “fully satisfied by the outcome.”

Virtual reality technology is at the forefront of technological innovation and may lead to as of yet unforeseen advances in the video game industry. The huge sums and lengthy litigation of trade secret rights here only further compounds the race to the top in the VR space, as well as the lengths companies are willing to take to protect their secrets. 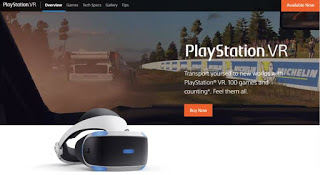