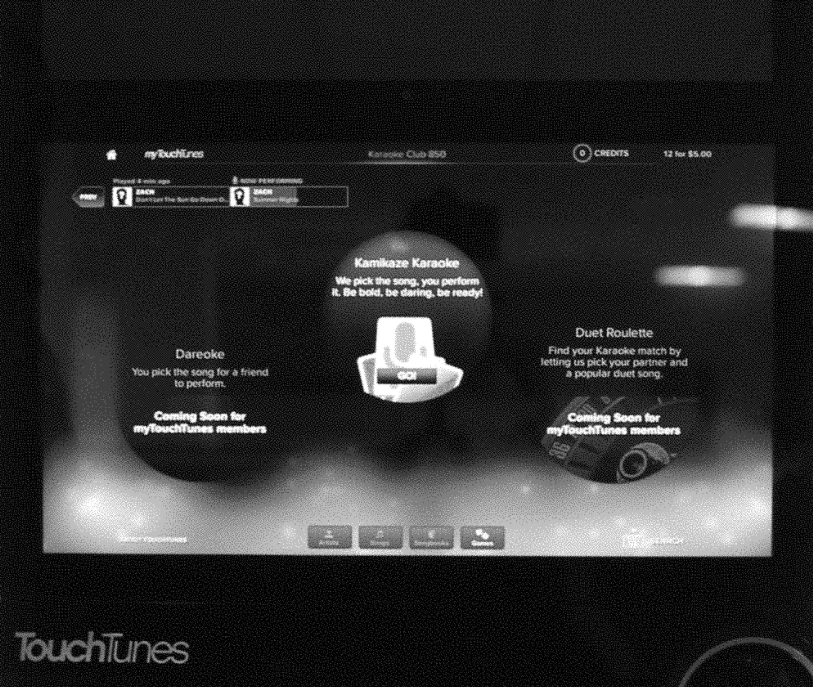 U.S. Patent No. 10,963,132 (the ‘132 patent) is one of many patents concerning an entertainment system or jukebox with an interactive user interface (“UI”) which can access social network information. The ‘132 patent sets out a jukebox device with a touch screen display, allowing users to flip through digital songbooks for a pay-for-play jukebox and karaoke machine. Processing resources and the touch screen display cooperate to cause the device to function in different pay-for-play modes. The display presents a first set of screens that list various media available for playback, resembling pages of a book. Each page has a maximum number of entries corresponding to a subset of the total media available, including at least a song name. The screens dynamically rearrange when an input is received indicating a letter for a song name or an artist, so that the listed entries starting with that letter are at the top of a newly turned page.

The UI is 3D and intends to be easy to use; it has clear buttons and also can be interacted with via touch. When touch is used, it tracks the user input so the page turning animation follows a user’s touch. 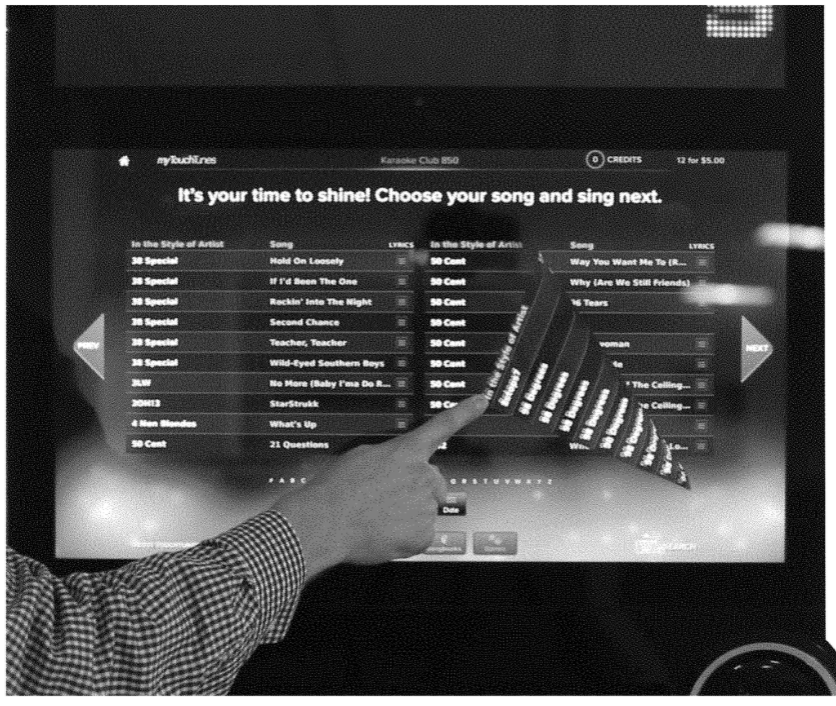 The ‘132 patent also allows users to set up accounts with photo avatars for the device’s pay-for-play karaoke with certain social media accounts. The display can be configured to display a performer identifier screen which identifies the user who selected the song in the pay-for-play karaoke mode. This can be determined automatically if a user logs into a jukebox device. The avatar can be retrieved from the social media account or taken with a camera connected to the device. 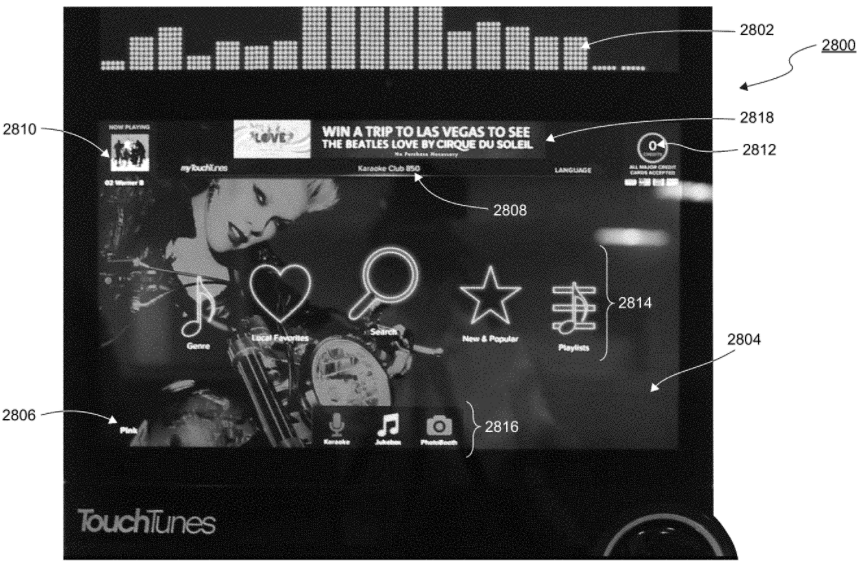 There are a huge variety of appearances and other features this device could have. Ultimately, the ‘132 patent aims to be fun and easy to use. The game modes pictured at the top like, Dareoke, look fun!