This Super Mario Maker-related patent allows you to design and edit virtual structures (like game levels), presumably to invent new and fun ways to frustrate your friends. 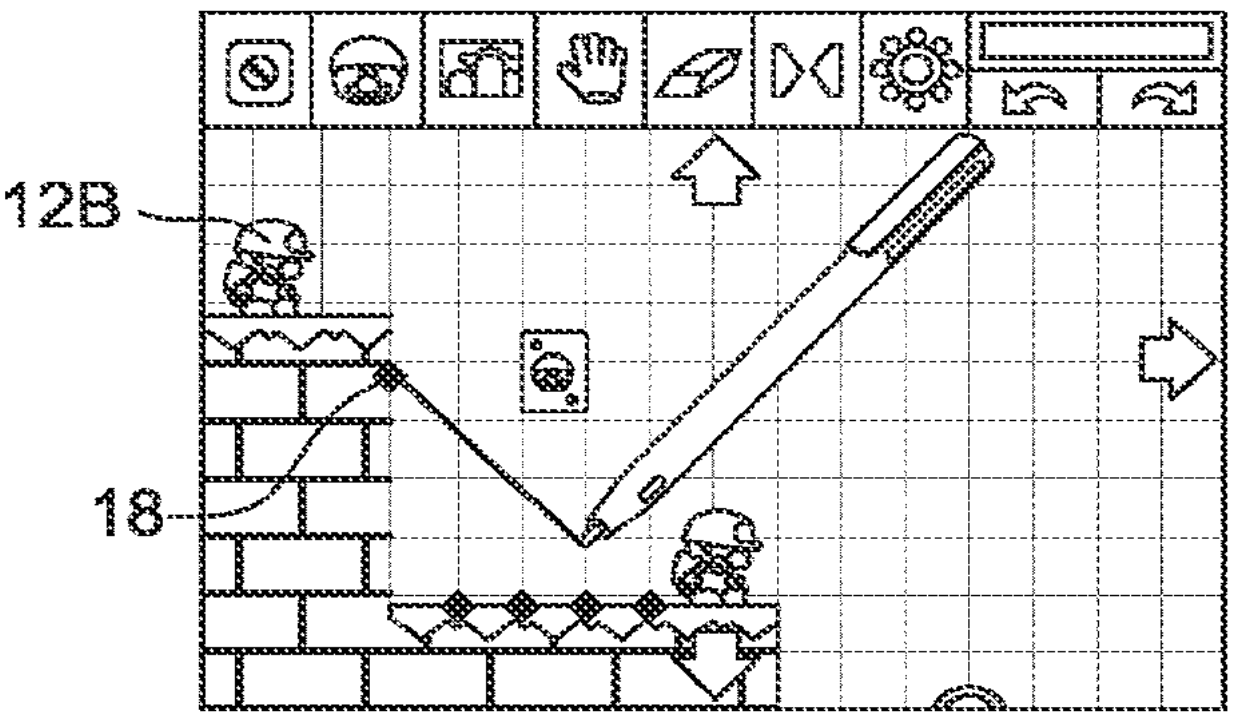 In an editor a plurality of valid start points are determined. Based on this plurality of start points a user may select one of the points. When a user selects one of the points, the editor determines at least one valid end point. The user may then draw a line between the selected point and a valid end point. As a result of the connection between the two points a new environment is created in the editor.