In November 2012, Princeton Digital Image Corporation filed suit claiming that Harmonix Music Systems Inc. and Electronic Arts Inc. intentionally infringed Patent Number 5,513,129. Princeton Digital alleged EA and Harmonix’s video game “Rock Band,” as well as possibly other products, infringed its patent entitled “Method and system for controlling computer-generated virtual environment in response to audio signals.” Princeton Digital claimed Harmonix, which develops Rock Band, and EA, which publishes and distributes the game, had been aware of the patent since 2009. Princeton Digital sought injunctions and a court declaration that both Harmonix and EA willfully infringed its patent. Princeton Digital filed a related action involving the ‘129 patent against Ubisoft Entertainment SA and Ubisoft Inc. in 2013. In November 2014, Harmonix, along with Konami Holdings Corporation, another company Princeton claimed infringed the ‘129 patent, filed a third petition for IPR. This included a request for review of claims 14, 19 and 20, along with a motion seeking joinder of the proceeding with Ubisoft. In June 2015, the PTAB denied both the request for joinder as well as an IPR review. The PTAB noted that joinder would unduly burden Princeton Digital in the Ubisoft IPR.

In May 2015, the PTAB held that claims 10, 11, 22 and 23 were invalid. In the Ubisoft IPR, the PTAB held that claims 1-13, 15-18 and 21-23 are invalid. Therefore, only claims 14, 19 and 20 remained. After the Court lifted a stay in January 2016, Princeton Digital filed the Third Amended Complaint. Princeton Digital alleged that Harmonix, Konami and EA infringed the patent by their production and distribution of: (1) the Karaoke Revolution, Dance Dance Revolution, and Rock Band; (2) devices to be used with the games; and (3) playable songs for the games.

On March 30, 2017, the Delaware District Court adopted a January 2017 Court recommendation to grant-in-part and deny-in-part Princeton Digital’s motion to dismiss the Defendants’ counterclaims for a declaratory judgment of invalidity and non-infringement. The motion to dismiss the First Counterclaim was denied. This Counterclaim sought a declaratory judgment of invalidity of the patent. It sought a declaration that claim 14 was invalid as obvious, and that claims 19 and 20 were invalid as anticipated. The motion to dismiss the Second Counterclaim was granted without prejudice to the Defendants’ ability to amend their pleading. This Counterclaim sought a declaratory judgment of non-infringement of the patent. It asserted that “Harmonix and EA have not infringed and are not infringing… nor have the[y] contributed to or induced infringement by others, of any valid claim of the ‘129 patent…”

On August 3, 2018, both parties filed a Notice of Settlement. The details of the settlement were private and as such little is known about the details, but the parties were able to settle the dispute. The case had been mired in numerous discovery disputes with constant extensions and requests pending between the parties. The long and drawn out nature of this dispute appears to have led to the eventual settlement. 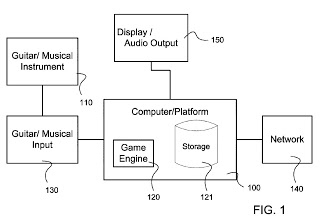