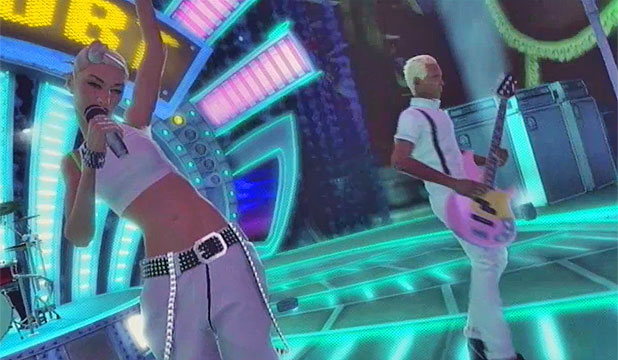 In 2009 Activision formed an agreement with the band No Doubt to use some of their songs and likenesses in the video game Band Hero. Activision wanted to use the band members’ likenesses to create avatars that would perform the songs. When No Doubt signed the agreement, they were under the impression their avatars would only perform No Doubt songs. However, Activision included a feature which allowed players to unlock the No Doubt avatars so they would perform any song. Upon learning about the unlock feature, No Doubt demanded the avatars be removed, but when Activision refused the band filed a lawsuit.

No Doubt’s main claim was Activision infringed their right of publicity. A person’s right of publicity is violated when “Any person who knowingly uses another’s name, voice, signature, photograph, or likeness, in any manner, on or in products . . . without such person’s prior consent . . . .” California Civil Code section 3344(a). There seemed to be no doubt that Activision used No Doubt’s likeness in the video game Band Hero. Activision might have tried to argue that its use was within the scope of its agreement with No Doubt, but instead the video game publisher filed a motion to strike the claims on the basis it had a First Amendment right because of the transformative use defense. The trial court denied the motion which lead Activision to appeal the decision.

The transformative use defense is a judicial doctrine that balances First Amendment concerns with a person’s right of publicity. A work transforms a person’s likeness when it adds significant creative elements so that work becomes something more than the likeness. See Comedy III Productions, Inc. v. Gary Saderup, Inc., 25 Cal.4th 387, 391 (Cal. 2001). The California Courts applied the transformative use defense to a video game in Kirby v. Sega of America. 144 Cal. App. 4th 47 (Cal. Ct. App. 2006). Kierin Kirby, the lead singer for the band “Deee-Lite,” claimed the character Ulala from Sega’s Space Channel 5 was based on her likeness. Id. at 50 – 51. In the game, Ulala is a space reporter from the 25th Century who is sent to investigate dance loving aliens invading Earth. Id. The court found that even if Sega did use Kirby’s likeness, it had altered and added enough creative elements to transform her likeness into a new character. Id. at 61 – 62.

Activision argued their use of No Doubt’s likeness was transformative because it put the band into unusual circumstances such as performing a concert in space. The court rejected Activision’s argument because “the avatars perform rock songs, the same activity which the band achieved and maintains its fame.” No Doubt, 192 Cal. App. 4th at 411. Also, the court found Activision’s purpose for using the likenesses was for marketing purposes. As a result, Activision’s use of No Doubt’s likenesses was found to be not transformative, and thus the trial court did not err in denying Activision’s motion to strike the right of publicity claim. Id.   Eventually, Activision and No Doubt would agree to a settlement which allowed the avatars to remain in the game.

This case is important because it provides a clear example of a non-transformative use of a right of publicity. It also laid the groundwork for In re NCAA Student- Athlete name & Likeness Licensing Litigation, where the 9th Circuit would find EA had violated the right of publicity of college football players. 724 F.3d 1268 (9th Cir. 2013). To read our coverage on that case click here.