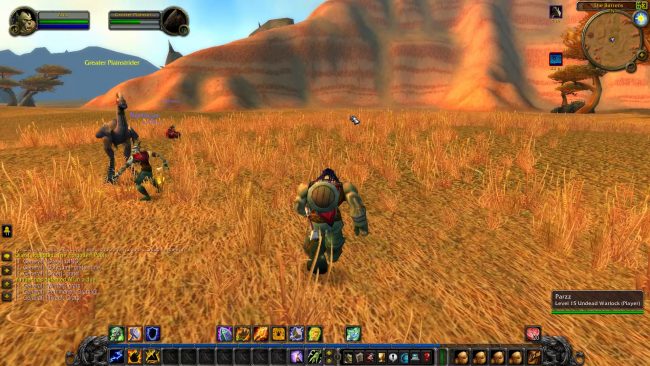 MDY Industries, LLC v. Blizzard Entertainment, Inc. et al.United States District Court, District of ArizonaCase No. 2:2006cv02555, Filed October 25, 2006 On October 25, 2006, MDY Industries, LLC (“MDY”) filed a declaratory judgment action against Blizzard Entertainment, Inc. (“Blizzard”) and Vivendi, SA (“Vivendi”), Blizzard’s parent company, in the U.S. District Court in Arizona seeking, among other things, a decree from the court that MDY has not violated any of Blizzard’s intellectual property rights relating to the “World of Warcraft” video game. MDY sells a software application called “WoW Glider” (also known as “Glider”) that essentially automates game play in Blizzard’s World of Warcraft. This automation, however, violates Blizzard’s Terms of Service for World of Warcraft, a fact that MDY actually admits in the “Frequently Asked Questions” portion of the Glider website. See http://mmoglider.com/FAQ.aspx#G3. In addition to allowing gamers to feel like lawless rebels, Glider appeals to World of Warcraft players because World of Warcraft is a massively multiplayer online role-playing game (MMORPG) in which players must spend a great deal of time playing in order to “level up” their characters. Although it would seem strange that gamers would want to find a way to play less, the leveling in World of Warcraft is really only a part of the game, and a tedious part at that. Indeed, once a player reaches the maximum level, he or she can begin playing the “end game” content that is typically more challenging and dynamic than the other game content. Moreover, in addition to automating leveling, Glider also automates some of the other more tedious tasks in World of Warcraft, such as “grinding” reputation and “farming” gold, by automatically and repeatedly killing certain computer-controlled enemies. Glider accomplishes this automation by simulating the keystrokes and mouse movement that would normally be the control input from the player. Thus, instead of playing World of Warcraft for hours to level, grind, or farm, a player can configure Glider to perform whatever tasks he or she desires, and then leave Glider to play accordingly. As Blizzard sees it, however, Glider allows players to cheat by gaining an unfair advantage over others, thus detracting from everyone else’s gaming experience. Unfortunately for Blizzard, Glider was more than a mere demon that could be baninshed, and so they resorted to legal action to stop this alleged cheating. According to MDY’s complaint, representatives for Blizzard and Vivendi appeared unannounced, (as if by magic?), at the private residence of Michael Donnelly, the sole member of MDY according to Blizzard, on the morning of October 25, 2006. At this confrontation, the Blizzard and Vivendi representatives allegedly accused MDY of copyright infringement, Digital Millennium Copyright Act (“DMCA”) violations, and interference with the contractual relationships between Blizzard and World of Warcraft users. The Blizzard and Vivendi representatives also presented Donnelly with a complaint against him and MDY that included all of these charges, and threatened to file this complaint in a federal court in California if he did not comply with their demands. In imminent apprehension of being sued, MDY brought this declaratory judgment action against Blizzard and Vivendi the same day. Notwithstanding whether Glider’s violation of the Terms of Service for World of Warcraft is interference with contractual relationships, the real issue in this lawsuit is whether Blizzard can prevent MDY from distributing Glider. Indeed, in February 2007, Blizzard filed an answer to MDY’s complaint in which Blizzard asserted counterclaims against MDY seeking injunctive relief and money damages. In these counterclaims, Blizzard argued that it is entitled to an injunction and money damages against MDY based on, among other things, copyright infringement, trademark infringement, and trafficking in technology designed for the purpose of circumventing copyright protection systems in violation of the DMCA. MDY filed an answer to Blizzard’s counterclaims in March 2007 in which MDY denied most of Blizzard’s accusations and raised various affirmative defenses to all of Blizzard’s counterclaims. As of August 2007, this case is in discovery under a protective order and will remain in fact discovery until January 25, 2008. For now, World of Warcraft players can still use Glider to do their virtual dirty work (as long as they are willing to risk being banned from World of Warcraft for a Terms of Service violation, that is).Thanks to Rajit Kapur for his assistance with the preparation of this case summary.