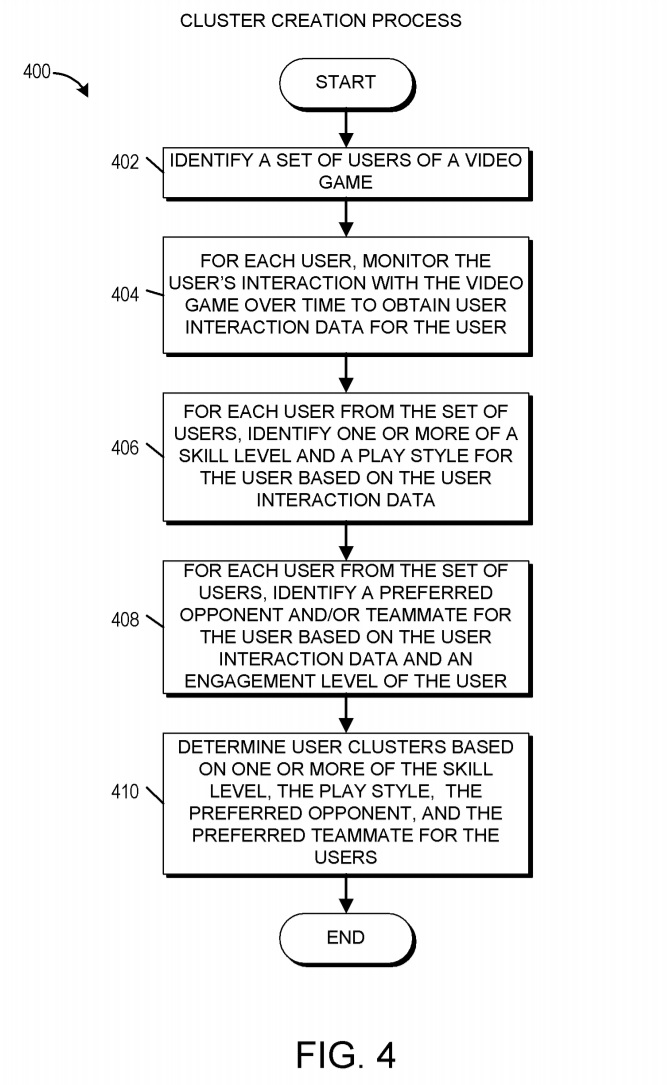 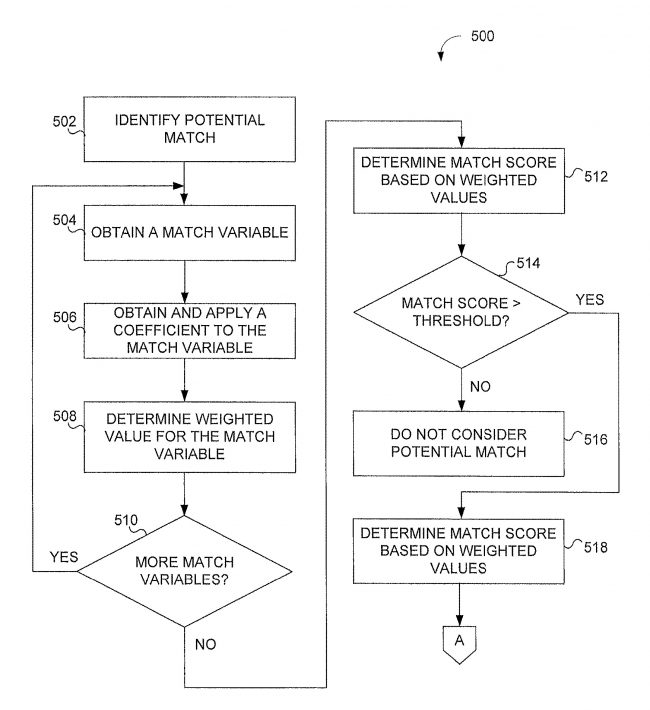 Summary:
U.S. Patent No. 10,322,351 (the ‘351 Patent) relates to a matchmaking system for multiplayer video games. The ‘351 Patent details a method that optimizes the matchmaking process. Multiplayer games have become increasingly popular over time. Systems have been created that will automatically group players together into groups for multiplayer games. These systems are normally hard-coded and cannot be dynamically adjusted, such as a system only focusing on player skill lever. This may mean that a player never is matched with someone of a higher skill and similarly delays in matchmaking and creation of groups can occur because of these strict parameters the matchmaking system must satisfy. The invention instead analyzes other information, such as historical player data, to better facilitate an optimal mix of players and styles. The system constantly adjusts itself to maintain a high quality of gameplay and player behavior. The system calculates a match score based on the different criteria available to it and then uses this score to create more optimal matches. If a player is performing poorly then the scoring engine will adjust the matches for that player to improve that player’s performance. These improved matchmaking systems could increase the longevity and enjoyment player’s receive from a video game.

Abstract:
A matchmaking system and method is provided that facilitates optimization of player matches for multiplayer video games. The system may provide a generalized framework for matchmaking using historical player data and analytics. The framework may facilitate automatic determinations of an optimal mix of players and styles to produce the most satisfying user experiences. The system may dynamically update analytical processes based on statistical or otherwise observed data related to gameplay at any given time. In this manner, the system may continually tune the matchmaking process based on observations of player behavior, gameplay quality, and/or other information. 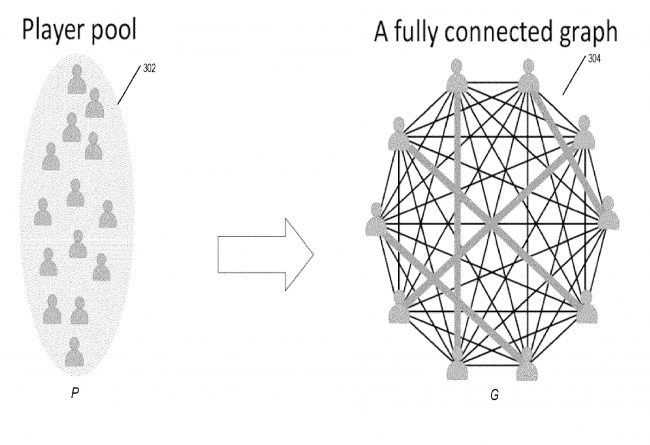 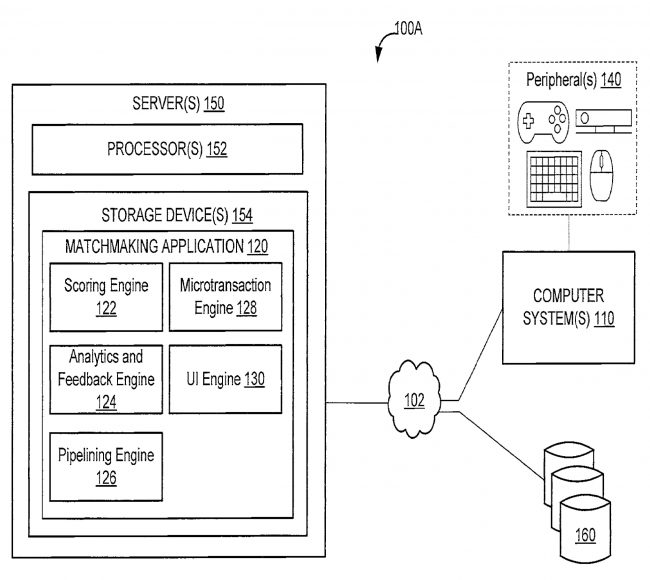