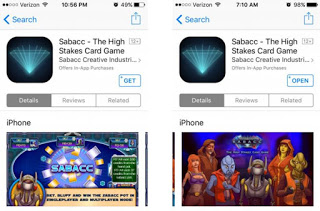 RC3, Inc. v. Justin Bieber
United States District Court, Middle District of Florida
Case No. 3:2012cv00193, Filed on February 24, 2012
A game about jousting beavers has apparently upset Justin Bieber enough to warrant legal action.  RC3, Inc. is the producer of a game titled “Joustin’ Beaver” that involves a cartoon beaver who bears some resemblance to the celebrity-defendant.  The player controls the beaver who floats down a river on a raft while knocking paparazzi “phot-hogs” into the river and signing “otter-graphs.”  In February of this year, the lawyer’s of this teen pop star sent RC3, Inc a cease and desist letter, stating that RC3 had infringed upon Bieber’s rights through “trademark infringement, unfair competition under the Lanham Act and under state law, dilution, false designation of origin, passing off, misappropriation of name for commercial purposes, misrepresentation, violation of rights of publicity and interference with [the Defendant’s] contractual obligations to third parties.”  Bieber’s lawyer’s further demanded that RC3 stop producing and selling the game and to “provide a complete detailed accounting to [counsel for the Defendant] with respect to sales/revenues generated by the App.”
Instead of complying with the terms stated in the cease and desist letter, RC3 decided to sue for a declaration of rights, seeking a determination that RC3 did not violate any of Bieber’s rights through its mobile application.  In its complaint, RC3 stated that its game is a parody and thus protected by the First Amendment to the Constitution.
According to TMZ, Bieber’s lawyers have since filled for a motion to dismiss the suit, claiming that it should not have been filed in Florida.We will track the case and keep you informed of significant developments.
Jul
07

Case Update:After surviving Apple’s motion to dismiss, on September 8, 2009, this case was sent to ADR. After several months of mediation, this case was fully and confidentially settled as to defendant Apple, on May 18, 2010. The case was dismissed with prejudice as to defendant Apple on July 21, 2010. As to the other two defendants named in the complaint, they never responded, and default judgments against them were entered on September 28, 2010.Original Post:A puzzle inventor has filed suit against Apple for allegedly using one of his puzzles as the basis for an iPhone application without authorization.

Don Rubin, dubbed by The World Almanac as “America’s premiere puzzlemaster,” contends that Apple has infringed on one of his copyrighted puzzles with its iPhone app ParkingLot. According to the complaint, Rubin created and published the original sliding block parking lot puzzle (see image at left), titled Lots of Luck, “on or before October 1, 1977” and since then came up with five derivative versions of the game. The complaint further states that the puzzle has been registered with the Register of Copyrights as a contribution to a serial publication and in various other forms numerous times since 1977. The puzzle and its authorized derivations have been published in hundreds of periodicals worldwide since its creation. Rubin asserts that his weekly puzzle column entertained 15 million readers from 20 countries per week and led to a volume of responses so overwhelming that the U.S. Post Office in Chicago “gave Don his own zip code.”

The complaint alleges that the ParkingLot application, introduced on January 1, 2008 and now one of the iPhone’s best-selling apps, copies Rubin’s puzzle “in all material respects.” Both Lots of Luck and ParkingLot are restrictive movement sliding block puzzles set in a parking lot, the complaint states. In both games, players work to move the arrangement of cars in a grid, or “parking lot,” to free a main target car so it can exit the lot.

Rubin is requesting a preliminary and permanent injunction to enjoin Apple from infringing the copyright, thus preventing publishing, selling, marketing, or otherwise disposing of copies in any format of the game. Rubin is also seeking damages from the infringement to account for gains, profits and advantages that Apple received through its use of ParkingLot.

As another piece to the puzzle (pun intended?), the complaint also names Quetouch.com as a party of interest. A quick search of Quetouch.com revealed that Quetouch is the developer of ParkingLot. According to its website, ParkingLot was “[i]nspired by Mr. Yoshigahara’s invention.” After further investigation, it turns out Mr. Nobuyuki ‘Nob’ Yoshigahara, a famous puzzle columnist from Japan, was the inventor of the game Rush Hour. Both Lots of Luck and Rush Hour require a user to move car pieces backwards and forwards to clear a path for the target car to exit the grid, but Rubin’s game takes the form of a picture puzzle while Rush Hour is a physical version of the sliding block puzzle. Rush Hour, produced and marketed by Thinkfun (formerly Binary Arts), was supposedly created by Nob in the late 1970’s and introduced into the U.S. in 1996. Nob commercially licensed Rush Hour and other puzzle designs to Thinkfun. Click here to see the design patent issued to Thinkfun in 1998 regarding Rush Hour.

The blog Puzzling iPhone shows that there are many apps besides ParkingLot that are restricted movement sliding block puzzles. Perhaps Rubin focused on ParkingLot because it has earned more revenue as one of the most popular apps and that may result in him receiving larger monetary damages. The blog also mentions the issue of sliding block iPhone app developers not acknowledging the original designer of the puzzles the games are based on. But in its push for attributing credit to the real creator of the game, the site refers only to Rush Hour and Nob, not Rubin’s picture puzzle. So where did the idea for a puzzle based on maneuvering a trapped car out of a parking lot truly first originate?

All of this might not even matter, depending on where you draw the line between an idea and an expression of that idea. Copyrights only provide protection for actual expression of an idea; not to the underlying idea itself. This is rooted in the First Amendment and freedom of expression. If there was any copying, a court will likely consider whether the alleged infringer actually copied artwork and graphics, or did the alleged infringer merely use the IDEA of a sliding block puzzle in the theme of a parking lot, yet create new artwork and source code to implement that IDEA? Also keep in mind that copyrights provide NO protection for functional or utilitarian aspects of works, so the plaintiff will have a hard time relying on any similarity of rules, placement of vehicles, possible moves, etc., because those are likely to be considered functional considerations.

Read the full complaint, which includes an example of Rubin’s puzzle, here.

In the suit, Bandspeed alleges that the Sony PS3, Nintendo Wii and Apple iPhone 3G all infringe upon two of Bandspeed’s patents. The patents are U.S. Patent No. 7,027,418 (entitled “Approach for Selecting Communications Channels Based on Performance”) and 7,570,614 (entitled “Approach for Managing Communications Channels Based on Performance”), and they appear to be generally related to managing wireless communication channels using frequency hopping, so the suit is likely to target the wireless network functionality of the accused products – here’s a sample claim from the ‘418 patent: