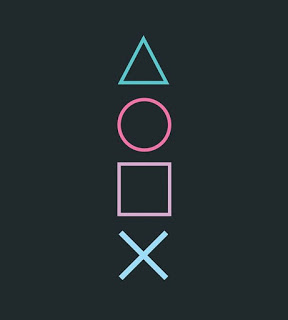 As everyone knows by now, Sony settled with Immersion for about $150M. So while the primary issues have been decided, there is still a little cleaning up to do. Namely, there was a third party involved in the litigation, Internet Services, LLC (ISLLC), which claimed it had some rights in the Immersion patents via a license from Immersion, and thererfore ISLLC should be entitled to some of that $150M. The district court initially dismissed all of ISLLC’s claims, and ISLLC appealed. Today the Federal Circuit affirmed the district court’s decision to dismiss ISLLC’s claims, confirming that ISLLC lacks standing to sue Sony based on its limited license to the Immersion patents.

The full decision can be found here.

Alas, Sony has agreed to fork over $150M to Immersion to settle their ongoing patent dispute. The deal ends a five year battle including allegations of fraud and misconduct after a jury initially awarded Immersion $82M in damages. With the very real threat of an injunction hanging over its head, Sony settled. Most likely because the PS3 is still not selling as well as Sony has hoped, and Sony can’t afford to have its still-selling-like-hotcakes PS2 yanked from store shelves.

The Federal Circuit heard oral arguments yesterday in the Immersion v. Sony appeal. As previously reported, the sole issue on appeal is Sony’s allegation of misconduct by Immersion.

Sony’s arguments at the hearing attempt to highlight its position that the errors of fact regarding a preexisting licensing agreement and prior art document “could have” changed the outcome of the trial had the errors been corrected, and Sony should thus be entitled to a new trial. Sony argued that it was never afforded a chance to determine whether the error was significant or not, because it never knew about a piece of “hidden” prior art. The court questioned the impact of any error on the ability of Sony to litigate the case fairly, and appears hesitant to second-guess the district court judge who witnessed the entire trial and made a judgment call based on information gathered over the course of time during the litigation.

Immersion countered that any error was immaterial and insignificant, implying that such error should not warrant a new trial. Immersion’s counsel also pointed out how little significance the “hidden” prior art document played during trial (e.g., zero references to it by Sony’s primary invalidity expert, zero references to it by Sony in closing arguments, etc.). The court questioned the basis for such a conclusion, because how could the hidden piece of prior art play a prominent role at trial when Sony didn’t know about it?

While I personally found Sony’s arguments to verge on a last ditch effort of a 5 year old whining to a parent “it’s not fair,” and Immersion’s counsel came across a little overconfident (perhaps better prepared?), you never know how the court will rule.

It will likely be months before the court hands down its decision.