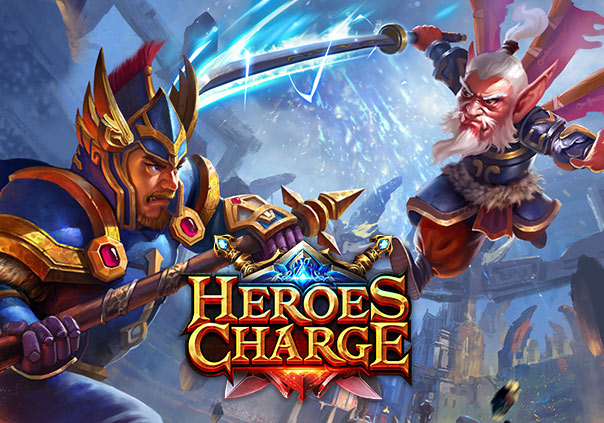 Video game developers Blizzard Entertainment, Inc. and Valve Corporation sued Lilith Games Co. Ltd and uCool, Inc. for copyright infringement under 17 U.S.C. § 101 in a complaint filed September 8, 2015. The case was brought in the United States District Court for the Northern District of California.

Blizzard and Valve are the developers of well-known video games such as World of Warcraft, Starcraft, Diablo, and Dota 2. They allege that Lilith and uCool’s mobile games impermissibly copied the characters, “settings, terrain, background art, and other assets” from Plaintiffs’ video game franchises.

uCool, acting for itself and not Lilith, moved to dismiss Plaintiffs’ Second Claim for Relief, as that was the sole claim against uCool, or alternatively moves for a more definitive statement. Initially, in a decision issued on December 8, 2015, the Court granted uCool’s motion to dismiss with leave to amend.

The Plaintiffs allege that the mobile video games created by Lilith and uCool, “DotA Legends” and “Heroes Charge,” infringe on Plaintiff’s copyrights in the Warcraft Works. In their complaint the Plaintiffs did not expressly specify any allegedly infringing settings, terrain, or art, but they do assert that “almost every one of the hero characters available in the Lilith Games,” which were then copied as well by uCool, are “two-dimensional version[s] of a character either from one of Blizzard’s games” or from Dota 2. Plaintiffs also allege that many of the characters in “Heroes Charge” are substantially similar to Blizzard and Valve’s characters.

In their complaint for relief, Plaintiffs requested that the Court grant, preliminary and permanent injunctions, “monetary relief … including actual damages and/or Defendants’ profits, or statutory damages for copyright infringement and willful copyright infringement under 17 U.S.C. § 504,” and attorneys’ fees.

The District Court first addressed the question of standing. To establish a claim for copyright infringement a plaintiff must plausibly plead two elements: 1) ownership of a valid copyright, and 2) copying of constituent parts of the work that are original. While Lilith and uCool alleged the Plaintiffs lack standing because one or the other might own the specific copyright at issue, the Court concluded that all asserted works are owned by Blizzard or Valve. Similarly, the Plaintiffs identified many allegedly infringed copyrights.

As for the copyrightability of Plaintiffs’ characters, ordinary characters are not generally entitled to copyright protection. The Ninth Circuit has held that “copyright protection is available only ‘for characters that are especially distinctive.’” This standard can be met by showing “sufficiently delineated” and display “consistent, widely identifiable traits.” Generally, the scenes-à-faire doctrine excludes from copyright protection “stock characters and plots in dramatic works.” This doctrine has further been extended to standard or common features in many different works including works generated by computers.

Similarly, Plaintiffs widespread allegations against uCool failed to fully provide notice to uCool and the Court as to which “Heroes Charge” characters infringe which characters from Blizzard or Valve’s games. The Court states that Plaintiffs should have provided representative samples of infringed content and plead infringement and ownership with a sufficient level of detail. Without these samples the Court decided it was unable to evaluate the plausibility of Blizzard and Valve’s allegations.

The Second Amended Complaint provided much more specific examples of infringed characters in Lilith’s games. Specifically, Lilith’s game “Soul Hunters” which is essentially a newer version of “Dota Legends,” contains a character that could plausibly be seen as infringing on Blizzard’s character “Illidan Stormrage.” As such, with regard to Warcraft characters, Blizzard is able to plausibly allege infringement. However, the Court ruled that the Second Amended Complaint failed to state a plausible claim that “Soul Hunters” infringes Blizzard’s Diablo and Starcraft video games. Thus, those two claims are dismissed with regard to “Soul Hunters” but are still maintained for Lilith’s other games.

In addition, uCool’s motion to dismiss with regard to the Second Amended Complaint was denied. The new complain provided a number of specific and representative examples of infringement with regard to the game “Heroes Charge.” Blizzard’s characters of “Leoric the Skeleton King” and the “Terran Marine” provided concrete examples of characters that were copied into “Heroes Charge.” It is further alleged that uCool had access to Blizzard’s new game “Heroes of the Storm” which provided examples for the characters that were then copied. While uCool argues the game “Heroes of the Storm” was not released until 2015, Blizzard was able to show that test versions of the game were widely available beforehand and thus uCool had access to the allegedly infringed work.

This case has been notable for the developments with regard to copyright in characters in video games. The standard of pleading that the District Court adopts from the Ninth Circuit has been reaffirmed and thus specific and concrete examples of infringement are needed to avoid dismissal of a claim for relief. Even characters such as “Leoric” that typically could fall into a scenes-à-faire defense were able to be copyrighted given specific examples of features that help to delineate the character and increase its level of recognition.

Following the Second Amended Complaint, Lilith filed a response on March 27, 2018. In this response Lilith alleged sixteen affirmative defenses to the alleged copyright infringement. Following this response Blizzard then filed motions to dismiss with prejudice (meaning they cannot refile the case) all claims against uCool and subsequently Lilith as well. While there was no public announcement, the likely result of these filings signify a settlement was reached between all parties involved in the dispute. As is the case in many of these disputes the settlement tempers some of the impact of any potential precedent derived from the many filings in this case. However, valuable lessons regarding copyright in video game characters can be derived from the Second Amended Complain and provide a suggested framework for efficient pleading on this issue in the future.