28th Anniversary of Magic: The Gathering – A discussion of IP Considerations – Part Two

28th Anniversary of Magic: The Gathering – A discussion of IP Considerations – Part Two

This is the second post in our MTG Intellectual Property series, please click here for part one! Part one covers CCGs, the Tapping Patent, and Artists & Royalties. 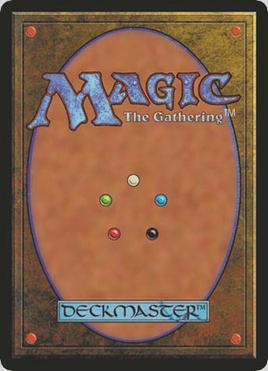 The art of MTG is a big part of the game’s popularity, players even going as far as to hire artists to alter their cards. Can artists sell altered MTG cards? WotC says no. However, MTG card alterations fall into an ambiguous area legally. This is because legally bought cards can be resold under the first-sale doctrine of copyright law, but it is unclear if reselling cards with altered art is fair use, copyright infringement, or if the first sale doctrine applies. There are compelling arguments for each side, and no clear answer.

MTG cards are likely protected by both trademarks and copyrights. WotC has trademark registration on several words, phrases, and symbols on MTG cards, including all of the mana symbols.

A trademark is “…any word, name, symbol, or device, or any combination thereof” which is used in commerce to identify and distinguish the goods of one manufacturer from another. 15 U.S.C § 1127. To prove trademark infringement a plaintiff must prove that a defendant used the same mark in commerce without permission and that the use of the mark is likely to confuse consumers as to affiliation, origin, sponsorship, approval, services by the plaintiff, and/or etc. 15 U.S.C. § 1125.

Alters of MTG cards range from extending the already existing art out to the boarders of a card to a total revamp of a card. To be tournament legal, altered cards often must leave some trademarks visible on the card. There is an argument to be made that the MTG community is highly aware of the appearance of MTG cards, unusually so in the world of trademarks, and that they would be able to recognize altered cards because of their sophistication. This argument is relevant because a trademark’s viability centers around consumer perception. An alteration artist selling the cards, who is abundantly clear to consumers that they lack affiliation with WotC, that they are only selling the alterations, and not representing that they made the card, may be safer than an artist who does not make an effort to make the source clear.

WotC also likely owns the copyrights to the art on each magic card (after 1999). The owner of a copyright (for a visual graphic art) has exclusive rights to (1) reproduce the copyrighted work, (2) create derivative works based on the copyrighted work, (3) distribute copies of the copyrighted work to the public by sale or otherwise, and, (4) display the work. If the art for MTG cards are made on a work for hire basis, the federal Visual Artists Rights Act (which protects against downstream changes to visual art) would not apply. Even if WotC owns the artwork by assignment, rather than as a work for hire (both possibilities were discussed in part one of this series), it is still unlikely that MTG art would fall under VARA protection, because the artwork as printed on cards, is not in a limited quantity and not signed by the artist (though the original works, like oil paintings, which the card arts are derived from, likely are protected under VARA).

If WotC owns the copyright to the art on MTG cards, it has the exclusive right to create derivative works. 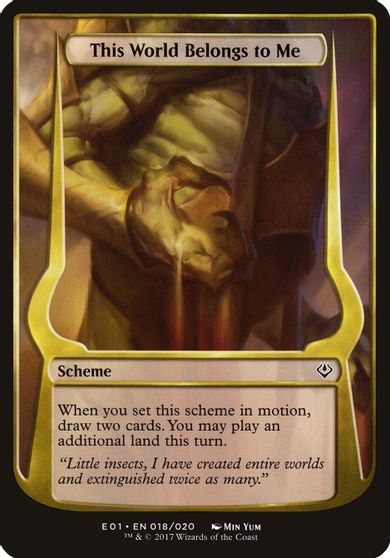 Alterations would likely be considered derivative works under copyright law, which only WotC would have the right to create as the copyright holder, unless it granted an artist permission. However, there are some exceptions to the exclusive rights of copyright holders that could apply to MTG card alters. The first is fair use. To find fair use courts analyze, (1) the purpose and character of the use, including whether such use is of a commercial nature or is for nonprofit educational purposes; (2) the nature of the copyrighted work; (3) the amount and substantiality of the portion used in relation to the copyrighted work as a whole; and (4) the effect of the use upon the potential market for or value of the copyrighted work. 17 U.S.C. § 107. These factors are evenly weighed, and each prong can be weighed for or against fair use in a court’s analysis.

Here, for the first prong, the purpose and character of the use, is arguably commercial and likely transformative. The purpose is commercial because the cards are being sold and the character is likely transformative because the alteration adds something new and creates a different overall impression of the card. However, artists must sell their art to make a profit from their work, and this fact could lessen the harshness of commercial use against fair use. Alterations that are tournament legal could weigh against transformative use because they “substitute for the original use of the work.” On the other hand, alterations that are not tournament legal do not replace the purpose of the original, for competitive play, and may weigh for transformative use. For the second prong, the nature of the original work is creative, which weighs against finding fair use. Creative works are less favored for fair use than factual works like nonfiction, instructions, or news. For the third prong of fair use, one could argue that the entire card is being used and is thus substantial, but alternatively another could argue that much of the original card is covered with paint and thus practically very little of the original art and design is being used. This prong could come out differently depending on the alteration(s) at issue. The last prong, the effect on the market, is actually likely beneficial to the market of the original cards. This is because alterations are made on already existing cards, meaning that either a buyer of an alteration or an artist must buy a copy of the original card before an alteration can be made. WotC could try to argue that this harms the market by removing original cards from circulation, but they have little interest in resold cards because they do not profit from resales.

The second exception is the first sale doctrine, which limits an intellectual property owner’s rights to something in subsequent sales of it. This allows secondary markets, like the secondary market of MTG cards. In Rosebud Ent., LLC v. Pro. Laminating LLC (“Rosebud”), the doctrine of first sale was said to only apply to lawfully purchased copies of a work. In, Allison v. Vintage Sports Plaques, first sale doctrine was said to apply to the defendant who had not altered trading cards in any way and sold them framed. In Rosebud, on the other hand, first sale doctrine did not apply because there were significant alterations made to the works at issue.

Thus, with first sale doctrine, less alterations are better because alterations could preclude the doctrine, but with fair use more alterations may be preferred because it is a more transformative use. There may be an argument that the underlying card is not altered, that there is a mere layer of paint on top, if one is trying to claim the first sale doctrine. This could be applicable in instances with acrylic paint (commonly used for alters) which can be removed with a solvent or a heat gun, but such an argument may be weakened by the potential damage a removal could cause to the underlying work.

Copyright law is unclear on specific questions like, “how much do I have to paint over or change MTG cards to be considered transformative, substantial, and thus fair use?” Or, “how little or how removable do my alterations have to be to invoke first sale doctrine?” Potentially a de minimis use defense could also be possible in some situations. Ultimately, invoking any exception would be a gamble, and answering these questions specifically would cost more than an altered card (at the center of this hypothetical dispute) would sell for.

WotC has gone through phases of leveling allegations of copyright infringement against alteration artists on websites like eBay, but at the same time there is a large and popular website selling premade and commissioned card alters every day.

WotC acknowledges altered cards in its official tournament rules and allows alterations in sanctioned tournaments with stipulations to help maintain clarity of the card. MTG Tournament Rules 3.3. Altered cards are tournament legal so long as the modifications (1) do not make the card art unrecognizable, (2) do not contain substantial strategic advice, (3) do not contain offensive images, (4) do not obstruct or change the mana cost or name of the card, and (5) cannot be construed as a marked card (must not be identifiable from any other card in a player’s deck). Of course, any altered cards in a tournament can be rejected at a judge’s discretion, so bring alters to sanctioned tournaments at your own risk. These rules basically ensure that tournament legal, altered cards have to use WotC’s IP. It is also important to note that this is only an analysis of MTG cards, and the rules (and the stance from copyright holders) for Pokémon, Yugioh, or other CCGs could be different.

Counterfeits on the other hand are a replacement for a card one would buy, and are very likely copyright and trademark infringement. The particular way a game rule is written can be copyrighted, so even using the same exact text (which would be necessary if one wanted the card to be tournament legal) could be copyright infringement. Selling counterfeits of MTG cards is therefore almost certainly an infringement of WotC’s IP. 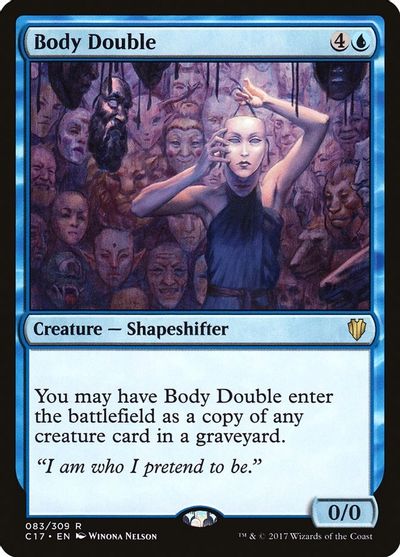 Counterfeits should not be confused with proxies, which legally serve as a card replacement. Head judges in sanctioned tournaments are the only individuals allowed to issue proxy cards in some circumstances (like if a card is damaged during play), but these circumstances are rare and would not stop players from buying real, legal cards. The proxy issued by a head judge would also only be in use during the tournament and would not be used further and thus not harm the market for the original cards.

Creating and selling counterfeits is very likely both copyright and trademark infringement in the case of MTG. Counterfeit cards can be considered willful copyright infringement which would make damages (if sued) higher.

Ultimately, selling cards with art or marks that one does not own the copyright or trademark for is infringement. Altering legally purchased MTG cards and selling them without permission is at one’s own risk. Please check out Magic Modders: Alter Art, Ambiguity, and the Ethics of Prosumption, for more information about the history of MTG card alterations.

Please check back next Magic Monday for our final installment in the MTG Intellectual Property series for Promissory Estoppel & The Reserved List as well as What’s Next for MTG!