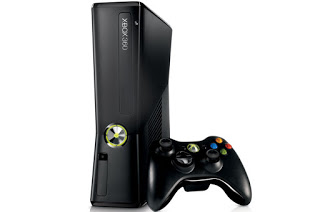 In a previous post, we reported on the filing of this patent lawsuit regarding pay-for-download software over a computer network, e.g., including games. Well it appears that Sony is out of the lawsuit, and Microsoft & Nintendo remain. The dismissal was voluntary by ADC, as Sony never made an appearance in the lawsuit. The dismissal is also without prejudice, which means that ADC could refile a lawsuit against Sony regarding these same patents in the future. In interesting twist, to be sure. If we find out more, we’ll let you know.

ADC Technology on October 27, 2008, filed a new patent infringement lawsuit against Microsoft, Nintendo, and Sony, alleging that each of the Xbox360, Wii, and PlayStation3, respectively, infringe on one or more of 5 different patents owned by ADC. The case was filed in the Western District of Washington, and is captioned ADC Technology, Inc. v. Microsoft Corp. et al., and is case number 2:08-cv-01579. Here is a copy of the complaint: ADC.pdf

The patents in suit are:

The patents appear to relate to remote distribution of software to terminal devices. For example, claim 1 of the ‘021 patent reads:

1. A software distributing system for

a charging device for charging a fee for at least one use of the transmitted program, the data, or the combination of the program and data in said communication terminal device.On its face the claim appears to cover software downloads where the user pays for the download. There is nothing in the claims limiting this to game console use, and ostensibly could apply to any pay-for-software dowloads, e.g., PC downloads over the Internet, which have been going on for years. The ‘021 patent has a priority date at least dating back to 1998, and possibly back to 1994, which could explain the apparent broadness of the claims. Thus, while ADC appears to have broad claims, that makes it easier for the defendants to try to invalidate the patents. However, the early priority dates of the patents will make it more difficult for the defenedants to find prior art to be able to do so. Nonetheless, with software and media downloads now playing a principal role as the console makers each try to make their console the primary “living room device,” this lawsuit is sure to heat things up.

I have not studied the patent specifications in depth, and this is just my initial cursory thoughts. The opinions in this article are not legal opinions of validity, invalidity, infringement, or noninfringement, but are rather intended as a general introduction to the issues. We will add this case to our tracker list and keep you posted.