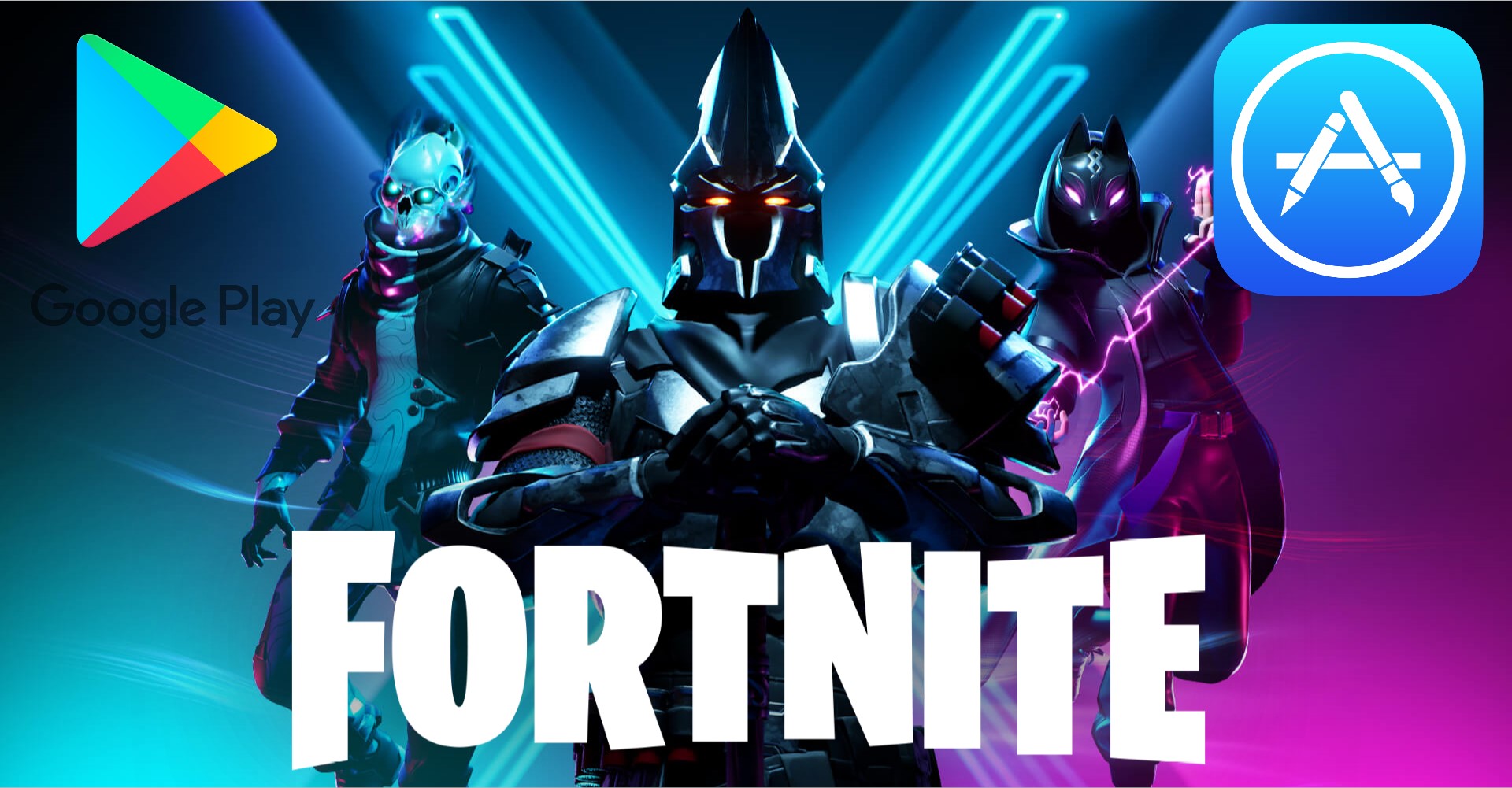 As widely reported, Epic Games (“Epic”), creator of the game Fortnite and the Unreal Engine, filed two separate lawsuits on August 13th against Apple Inc. (“Apple”) and Google LLC (“Google”) alleging violations of antitrust law. The lawsuits were filed after Fortnite was removed from both Apple’s App Store and the Google Play Store following the addition of an option to buy Fortnite’s in-game currency “vBucks” directly from Epic in order to circumvent the 30% commission Apple and Google charge developers.

Epic accompanied the filings with a parody of Apple’s famous “1984” ad that launched a social media campaign under the hashtag “#FreeFortnite.” Shortly after removing Fortnite from Apple’s App Store, Apple notified Epic that it would remove Epic’s access to developer tools needed to update Epic’s Unreal Engine on iOS and macOS by August 28th if Epic did not remove iOS Fortnite players’ option to make in-game purchases directly from Epic. On August 17th, Epic filed a motion for a temporary restraining order to prevent Apple from removing it from the developer program, and to restore Fortnite to Apple’s App Store.

Epic’s motion for a temporary restraining order argued that without a restraining order, Epic would suffer irreparable harm. Epic also argued that it would prevail on its claims that Apple violated the Sherman Antitrust Act. Epic argued that Apple’s App Store constitutes a monopoly because it comes preinstalled on iOS devices (which would give it an advantage over a competing app store, if there was one), Apple requires developers to only distribute iOS apps through Apple’s App Store, and Apple requires that developers use Apple’s In-App Purchase (“IAP”) platform for all in-app purchases, for which it charges a 30% commission fee. Epic argues that Apple coerces developers to accept the IAP commission because it is a condition required for their apps to be available on Apple’s App Store, and that this constitutes a “classic per se tie,” which is illegal under the Sherman Antitrust Act. Epic claims that it will suffer irreparable harm because iOS users will be unable to update the Fortnite app, and will only be able to play with other players who have the same outdated version installed, and not with players on other platforms playing on an up-to-date version of the game. Furthermore, Epic argues that removing developer tool access for its Unreal Engine will cause irreparable harm because other developers who have based their apps on the Unreal Engine will also be unable to update their iOS apps.

“In the wake of its own voluntary actions, Epic now seeks emergency relief. But the “emergency” is entirely of Epic’s own making. Epic’s agreements with Apple expressly spell out that if an app developer violates the rules of the App Store or the license for development tools— both of which apply and are enforced equally to all developers large and small—Apple will stop working with that developer. Developers who work to deceive Apple, as Epic has done here, are terminated. So when Epic willfully and knowingly breached its agreements by secretly installing a “hotfix” into its app to bypass Apple’s payment system and App Review Process, it knew full well what would happen and, in so doing, has knowingly and purposefully created the harm to game players and developers it now asks the Court to step in and remedy.”

Phillip Schiller, a current Apple Fellow who formerly served as Apple’s Senior Vice President of Worldwide Marketing for 20 years, filed a declaration in support of Apple on August 21st. Schiller detailed how Epic’s CEO Tim Sweeney allegedly emailed Apple on June 30th asking for a “side letter” to allow Epic to make the changes in Fortnite’s in-app payments. Schiller also said that on July 10th, Apple responded, saying that it would not change the terms of its contract with Epic. Schiller then says that on August 13th, Sweeney emailed Apple saying that “‘Epic will no longer adhere to Apple’s payment processing restrictions,’ and that Epic was changing the Fortnite app on the iOS platform to circumvent Apple’s IAP.” Sweeney allegedly acknowledged that this was in breach of Epic’s contract with Apple. Epic then implemented the hot fix that allowed in-app purchases to be paid directly to Epic a few hours later on August 13th.

Kevin Gammill, the General Manager of Gaming Developer Experiences for Microsoft also chimed in, filing a declaration of support for Epic Games on August 23rd. Gammill argued that “Denying Epic access to Apple’s SDK and other development tools will prevent Epic from supporting Unreal Engine on iOS and macOS, and will place Unreal Engine and those game creators that have built, are building, and may build games on it at a substantial disadvantage.”

On August 24th, a District Court judge ruled on Epic’s motion for a restraining order against Apple, declining to have Fortnite reinstated to Apple’s App Store, but restraining Apple “from taking adverse action against Epic Games with respect to restricting, suspending or terminating any affiliate of Epic Games . . . from Apple’s Developer Program, including as to Unreal Engine, on the basis that Epic Games enabled in-app payment processing in Fortnite through means other than IAP or on the basis of the steps Epic took to do so.” In denying Epic’s motion to have Fortnite restored to Apple’s App Store, the Court said that Epic’s “current predicament appears of its own making,” and that “self-inflicted wounds are not irreparable injury.” The Court did find that Apple’s suspension of access to developer tools for the Unreal Engine would cause irreparable harm because third-party developers that rely on the engine would be unable to continue their projects during the course of the litigation, even if Epic were to succeed on the merits.

Apple filed an answer and countersuit on September 8th seeking to “hold Epic to its contractual promises, award Apple compensatory and punitive damages, and enjoin Epic from engaging in further unfair business practices.” Apple characterized Epic’s Fortnite hotfix that circumvented Apple’s commission fee as a deliberately concealed “Trojan horse.” Apple further said that: “Although Epic portrays itself as a modern corporate Robin Hood, in reality it is a multi-billion dollar enterprise that simply wants to pay nothing for the tremendous value it derives from the App Store.”

Apple argues that its curating of the Apple App Store on iOS is necessary to ensure “that iOS apps meet Apple’s high standards for privacy, security, content, and quality,” and references prior security issues relating to independently distributing the Android version of the game, alluding to the possibility that users may download a fake version of the game with malware from an independent distributor.

On September 9th, Epic announced that Apple was terminating the option to sign into Epic Games with the “Sign In with Apple” option, but on September 10th said that Apple had provided an indefinite extension. Epic recommended its users still update their email and password to prepare for the removal of the Apple sign-in option.

Although Epic’s claims against Google are very similar to those it made against Apple, Google filed a brief on September 4th arguing that the cases should be kept separate because Google and Apple “use different business models, agreements, and policies to support competing ecosystems” and “do not concern ‘substantially the same parties, property, transaction, or event,’” and thus keeping the cases separate will not result in “unduly burdensome duplication of labor and expense or conflicting results.” Google distinguishes its Android system from Apple’s iOS by stating that Android devices “(1) can have multiple app stores simultaneously pre-installed or downloaded and (2) allow for end users to sideload apps via the Internet,” whereas iOS only allows for app distribution through Apple’s App Store.