No Shellebration for Turtle Rock Studios 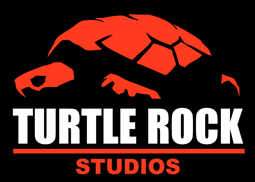 Filed on December 29, 2015, this case concerns Turtle Rock Studios, Inc. (the Petitioner), a California Corporation, who argued that Digital Development Management, in acquiring the video game developer and publisher THQ and negotiating on Turtle Rock’s behalf, performed services as a “talent agent” within the meaning of California’s Labor Code section 1700.4. Turtle Rock is a studio that creates video games and video game software companies. Turtle Rock claims this includes large corporations employing hundreds of employees that create video game software as “artists” under the Labor Code.

Turtle Rock argued that DDM was not licensed by the State Labor Commissioner as a talent agent. Turtle Rock argued that by acting as talent agents without securing a license, DDM violated Labor Code section 1700.5. The corporation sought an order requesting: (1) to determine that DDM violated the Labor Code by acting as an unlicensed talent agent; (2) to declare the agreement between the parties to be void; (3) to account for of all monies obtained by DDM stemming from the agreement; (4) to require DDM to repay Turtle Rock for any amounts paid under the agreement; and (5) to suspend or revoke DDM’s license for violating the Labor Code.

On March 20th, 2017, the Special Hearing Officer for the Labor Commissioner dismissed the petition to determine controversy. The officer did not believe the legislature intended to require the licensing of all representatives of a corporation whose primary functions are to create entertainment related products. The officer explained this would expand the Commissioner’s role to become the mediator of all business disputes that could arise in entertainment deals. The officer determined the Division of Labor Standards Enforcement would take each future petition that names a corporation as an artist and evaluate them on a case-by case basis.

The officer determined the employees at Turtle Rock were not “artists” within the meaning of the Talent Agencies Act (Labor Code sections 1700, et seq). Therefore, DDM could not be “talent agents” since a talent agency is defined by securing employment for artists. The officer found the parties’ agreement was not subject to the provisions of the Act, and the controversy did not “arise under” the Act. Therefore, the Labor Commissioner did not have jurisdiction to hear or decide the merits of the case.

This case is an example of disputes regarding the growing number talent agents in the field of video games. As a company that markets itself as a talent agency, it is interesting that DDM’s employees were found not be talent agents since employees at Turtle Rock did not count as artists. While countless film actors, writers, and directors have agents, it is very common for similar roles in the gaming industry to lack similar representation. Agents have been trying (only recently successfully) to break into the video game industry for years, making deals with companies such as EA to establish themselves in Los Angeles. This trajectory lags behind more established entertainment mediums, as talent agents in the film industry started flourishing in the 30s, and agents in the music industry firmly established themselves as late as the 60s. Only time will tell how legal disputes between people in the gaming industry and their “agents” will play out in the future.

(Editor’s Note: This case is outside our normal content area, but involves the artists and talent that create IP, so we felt it worthy of inclusion)