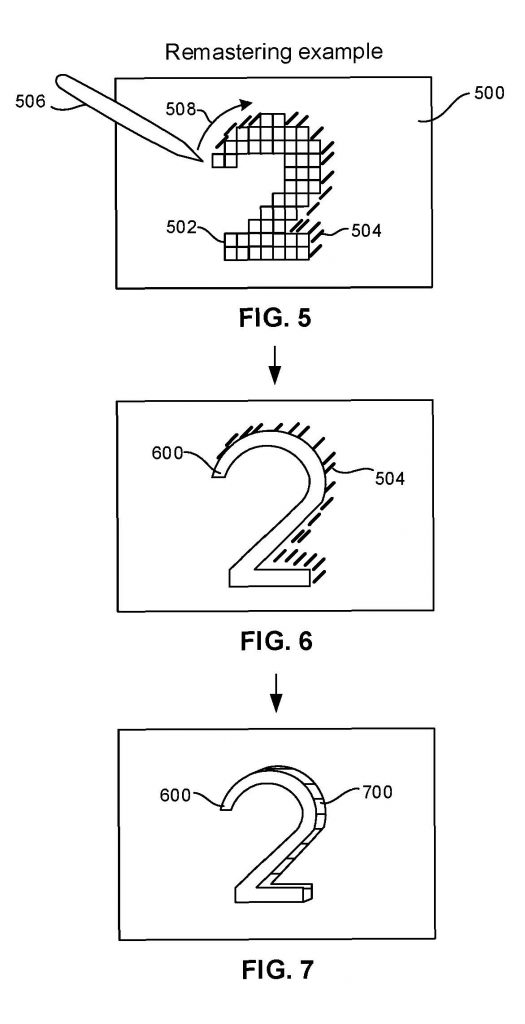 We often write about interesting video game patents here at Patent Arcade, but the alleged invention in today’s patent caught our eye in view of the recent resurgence of legal issues surrounding emulation. The techniques disclosed in this patent may help game companies remaster textures of old video games by flagging old textures for an artist, and replacing old textures with remastered textures on the fly.

U.S. Patent No. 10,086,289 relates to remastering older games. Many older games were designed for older technology, making it difficult to play those games on current consoles/computers. The underlying source code for an old game may still be functional (when plugged into an appropriate emulator), but the assets in the game’s directory may not be compatible with current computers. Or, more likely, the assets are in a lower resolution than the high-resolutions supported by today’s displays and consoles. Sony’s disclosed features seem based on an observation that it is generally easier for a developer to replace the assets in the game’s directory than to rebuild the game from scratch. However, the game’s engine may not know to use the new assets. The ‘289 Patent describes a technique that intercepts calls from the game for old assets and redirects them to a directory of remastered assets. If the device intercepts a call for an asset that has not been remastered, then the device may flag it for the remastering artist. This is all done “on the fly” while the game is operating.

The Manual of Patent Examining Procedure, which sets the guidelines for patent examiners, explains that examiners do not need to give patentable weight to “non-functional descriptive matter.” See MPEP § 2111.05. That is, examiners are instructed that they may properly reject a claim as anticipated or obvious even if the prior art does not show a feature if that feature is deemed descriptive matter not impacting a function of the claim. In one example provided in the MPEP, claim language regarding images on playing cards was given little weight because the images did not pertain to the structure of the claimed apparatus. Similarly, in another example images on dice were given little patentable weight because there was no new relation of printed matter to physical structure in the claims. But where the descriptive matter does support a function of the claimed device, it may be given weight. For example (per the MPEP), printed indicia on the side of a measuring cup support the function of the apparatus (e.g., it allows you to make a measurement). The examiner seems to have given weight in this case to the role of the remaster artist in the claims. We’ll have to wait and see what weight a court gives this feature if the patent is ever asserted.

Abstract:
Each asset such as a texture called for by legacy software such as a legacy computer game software has a unique identifier associated with it. The unique identifier can be rendered by imposing a hash on the asset, and then the asset stored with its identifier in a data structure. An artist remasters the textures for presentation on a higher resolution display than envisioned in the original software, and stores them back in the data structure with their identifiers. The original software is then played on the higher resolution display, with asset (such as texture) calls being intercepted, identified, and the data structure entered to retrieve the remastered asset having a matching identifier. The remastered asset is then inserted on the fly into the game presentation.

Illustrative Claim:
1. A device comprising: at least one computer memory that is not a transitory signal and that comprises instructions executable by at least one processor to:

intercept calls for textures from computer game software that is a legacy software designed for use with a first resolution;

for at least a first intercepted call for a first texture, execute a hash on information associated with the first texture to render a result;

insert the remastered texture into presentation of a computer game on the fly as the game is presented under control of the computer game software.