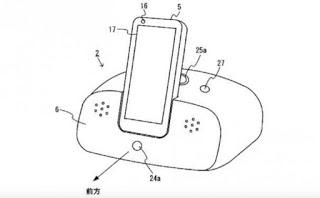 The abstract of the application is as follows:

We will continue to watch for interesting updates.