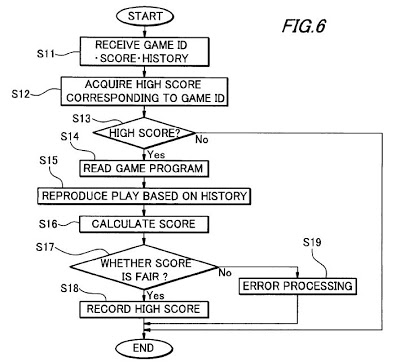 The ‘410 patent provides a score verification system which verifies that a score of a player in an online game is an unaltered score obtained during the game. The invention features two units: one of them receives the player’s game information as the game advances while the second unit verifies the score to insure no one tampered with the game. High scores are stored on a server where they are analyzed to make sure of their accuracy.