U.S. Patent No. 6,973,430: Method for outputting voice of object and device used therefor 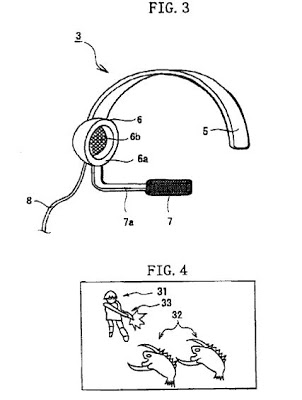 The ‘430 creates a voice-activated system allowing the player to control his animated character not just with the physical controller, but with his vocal commands as well. The voice processing method detects the player’s voice tone and then analyzes the meaning and the detected voice level. The system also provides a tendency detection means which detects voice tone and helps the game recognize what command is being spoken.

The present invention detects a voice tone of a player based on input voice information, and then outputs voice data having a voice tone corresponded to the detected voice tone as voice data of an object, to thereby allow the player to operate a game object through voice input.