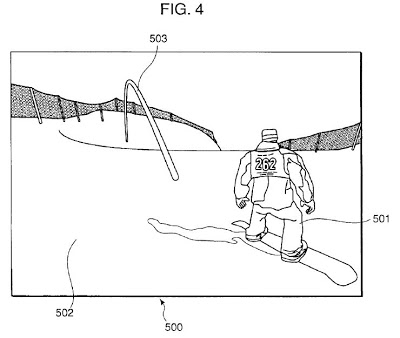 The ‘608 patent describes a system used in sports games where the camera changes depending on the action on the screen. The viewpoints are programmed to change to keep the character in the center of the screen at all times. The invention changes the camera in synch with the speed of the player, without lag. Thus, the player does not have to worry about a lagging change in the camera and will be able to control his player with a consistent view during the game. This invention is ideally used for sports games like skiing and snowboarding where a steady camera will be advantageous to the player.