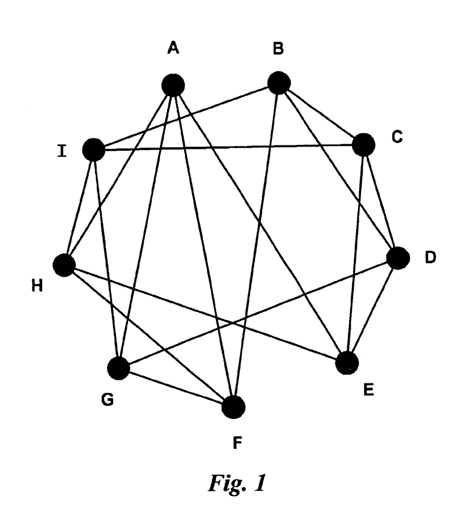 The patents are all related, share figures, and incorporate one another by reference. The patent claims are directed to sending information through a plurality of connections to neighbors, who then pass the information on further. The patents were originally assigned to the Boeing Company, but the assignment was transferred to Acceleration Bay on March 6, 2015. The complaint was filed by Acceleration Bay five days later on March 11, 2015.

The problem addressed by the patents seems to stem from limitations in peer-to-peer networking solutions to multiplayer games. The patents suggest a model whereby data “hops” from one user to another, ultimately in a mesh network, rather than through a dedicated server (thus, removing server bottlenecks). The claims recite methods of information sharing in particular environments and according to particular models. For example, claim 1 of the ‘344 patent recites “A computer network for providing a game environment for a plurality of participants, each participant having connections to at least three neighbor participants… further wherein the network is m-regular… and further wherein the number of participants is at least two greater than m thus resulting in a non-complete graph.” The other patents recite similar language.

The accused products include Activision Blizzard’s World of Warcraft, Destiny, and Call of Duty game franchises. The complaint generally alleges that these game franchises make use of peer-to-peer networking to connect users in multiple “realms” for shared multiplayer experiences.

As with other video game patents recently, the claim language described may be subject to attack based on 35 U.S.C. 101 for allegedly claiming an abstract idea in a mathematical model for an arrangement of network participants, particularly in light of the heightened standards set forth by Alice. In addition, assuming the patent is valid, the plaintiff will need to show that the defendant’s communications conforms to the specific mathematical models claimed.

We’ll continue to watch this case for any interesting developments.

Thanks to Josh Davenport for his help with this post.