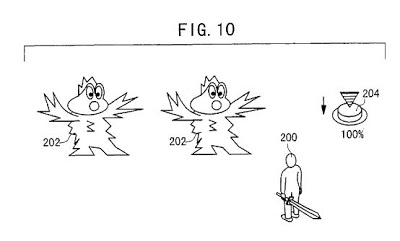 The ‘237 patent describes an entertainment system whereby a player can manually control the actions of his animated character with the push of a button. During gameplay, situations arise which require the player to act in response. When the user reacts to a specific scene, if the timing of the action is correct, the character will react in a certain way. If the time is not correct, however, the action sequence will be different. This patent has arisen in role-playing games mostly. An example that used it was Diablo.