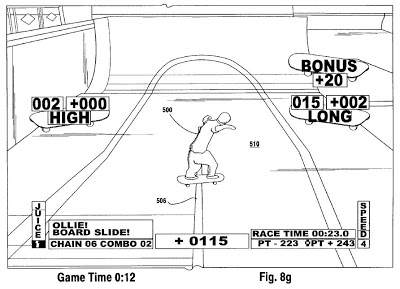 The ‘127 patents allows for real-time replay in interactive video games. The user can back up a set amount of gameplay and watch it play forward in real time. The player also has the ability to pause the replay and rotate and zoom the camera in and out to get a complete view of the player and the surrounding action. Finally, the player can adjust the playback speed and watch the previous action as slow or as fast as he wants, allowing the player full control while viewing of the previous action. Now if only Bud Selig would take the hint . . . .