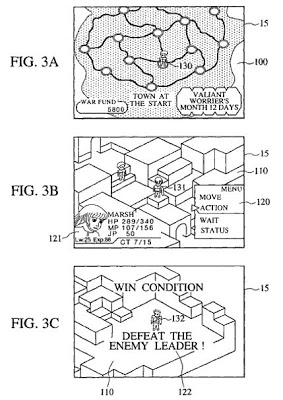 The ‘721 patent describes a video game apparatus which allows a character to move between two predetermined locations. The invention also provides for a rule storage which stores a rule which is set in accordance with updated time units. Each character in the game is given a set of rules wither permitted actions. Whenever a player moves his character in an illegal way, the degree of the violation is determined and a predetermined penalty is imposed in accord with the stored history of violations.