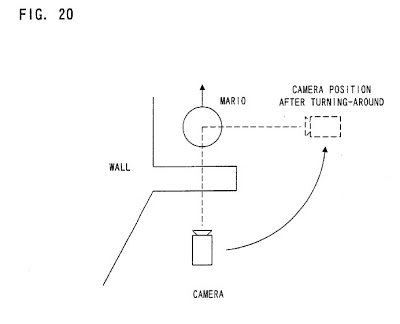 The ‘056 patent set out to solve a practical problem that had existed in previous vide games. Before, if a background image (e.g., a wall) or another character came between the player and the “camera,” the player could not view his character in that three-dimensional world. In the system described here, however, if it is determined that there is a possibility of a collision between the operable object and a polygon plane of the other object, the camera position can be changed so that the other object does not exist between the operable object and the camera.