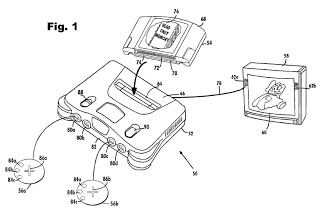 The ‘146 patent concerns a three-dimensional world with multiple courses. In the case of Super Mario 64, those courses were hidden behind doors and paintings on the wall of Princess Peach’s castle. A player, when approaches a door or painting, must have achieved a certain number of goals before he is allowed to open it and advance to a new level. If the player has failed to achieve the minimum number of goals from the lower worlds, he will be denied access to any further worlds until he meets the minimum goal. For all of you who get a bit nostalgic, here’s a screenshot of everyone’s favorite plumber: 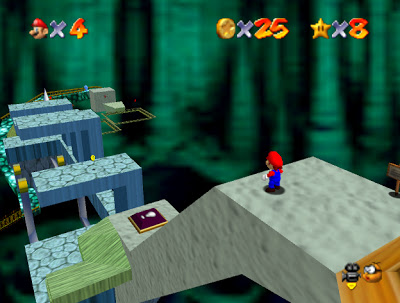 storing the number of goals achieved by a player in said first video game course;

storing the number of goals achieved by a player in said second video game course;

maintaining a cumulative total of the number of goals achieved by a player at least on said first and second video game courses;

comparing said cumulative total of the number of goals achieved by a player at least on said first and second video game courses with a predetermined threshold; and