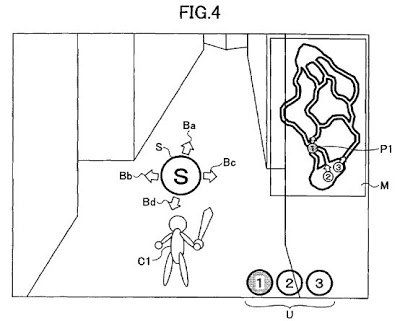 The ‘126 patent allows a player, while playing a video game, to choose between a plurality of paths. The player may select a path in advance, but he has the ability to change the path before the character gets to the selected path. The game described also includes a feature which allows the player to travel forward or backward; this prevents the game from feeling like a linear path where the player has no control