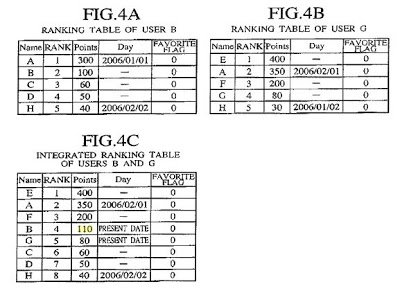 The ‘590 patent describes game apparatuses that are connected in a peer-to-peer manner that allow a player to play against opponents. During gameplay the apparatuses award points to the winner of each match. These points are accumulated and tallied on a server so they can be used to match up players in the future. The apparatuses attempt to match up users with similar stats to make the game more interesting and challenging for the players. The apparatuses also rank the scores of the players so that individual players can look to see where they rank in comparison to other users.